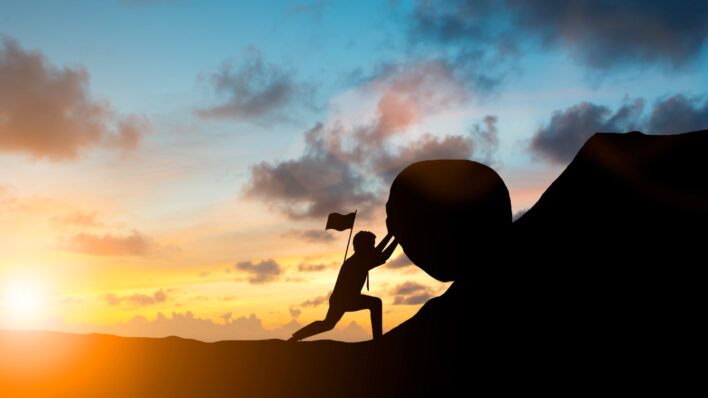 I was nervous at the prospect of starting my own small business. I knew it was a tough world out
By Amelie Mahone    November 15, 2017

I was nervous at the prospect of starting my own small business. I knew it was a tough world out

I was nervous at the prospect of starting my own small business. I knew it was a tough world out there for entrepreneurs, and that many startups don’t survive past their first year. Instead of letting that fear and anxiety hold me back, I adopted an positive attitude about my potential for future success. I’m not going to say it was easy, but it was undoubtedly worth it. There’s a light at the end of every tunnel. I knew that if I failed I wouldn’t regret that, but I knew the one thing I might regret is not trying.

The first year of a small business is expensive. It takes a while to turn a meaningful profit, so being as thrifty as possible during the first year helped to minimize a lot of the financial stress I experienced. The office space I leased was a little bigger than what I needed – I chose that space so I would have room to grow. Until I could fill the space with my business, I rented out the empty offices as a storage solution on Spacer. I tried to keep everything digital, which reduced my material costs.

I learned as much as I could

No matter how much education you start with, there are still going to be things that you don’t know. It’s healthy to accept that you don’t know everything. I tried to avoid being stubborn about that, and I learned as much as I could. When I didn’t understand something or I found a seemingly unsolvable problem, I turned to the other more experienced business owners I met through professional networking. I accepted advice, and I made the most of every lesson they taught me.

I had a very limited budget with which to pay my staff. I couldn’t hire very many people my first year, but a lot needed to be done. I found that the best solution to that issue was hiring only rock stars. It costed a little more, but it didn’t cost nearly as much as it would have if I had hired a giant team. I picked the people who were the best at what they did, empowered them as much as possible, and trusted them to deliver high-quality results. Nobody let me down. Quality wins over quantity every time.

I figured out my limits

Getting a business off the ground can be stressful and exhausting. It’s tempting to work through that stress and exhaustion, but no one really benefits. You can’t give it your all and make the right decisions if you’re too burned out. I learned that the hard way. You have to set up boundaries.

I forced myself to take weekends off, and I put a limit on how many hours above my personal schedule I could work in a week. Doing so allowed me to step away, spend some time with my family, and clear my head. I was able to return to work recharged and ready to take on a new set of challenges.

I looked toward the future

It’s hard to stay devoted when you don’t know where your efforts will lead. I made sure to remind myself that it wouldn’t always be the first year of my business. All of my hard work was going to pay off, and it was important to stay optimistic. All of the chaos and confusion that comes with the first year ultimately makes for less chaos and confusion in each year that comes after it. I was only going through the hard part – the rest wouldn’t be that way.

Amelie Mahone is a loving wife and a mother of three. She loves to read about history and write articles on various topics, such as: business, education, history, and teaching. Amelie is a Communications Specialist at Spacer– a sharing community website where you can rent or find space.