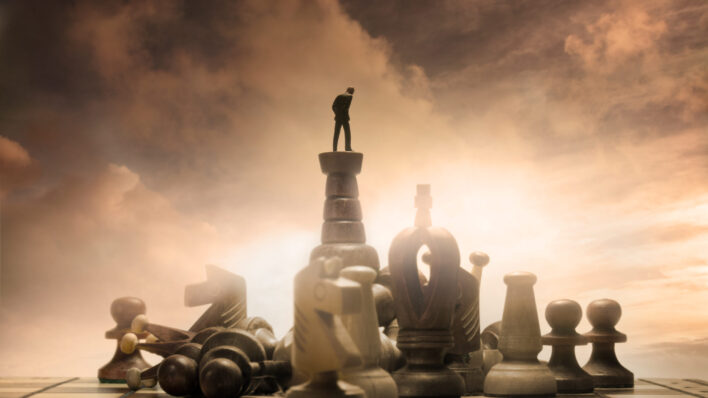 To be successful as an entrepreneur, you need to be mentally tough. If you’re familiar with strength training, you know
By Heather Gray    April 19, 2017

To be successful as an entrepreneur, you need to be mentally tough. If you’re familiar with strength training, you know

To be successful as an entrepreneur, you need to be mentally tough.

If you’re familiar with strength training, you know that strength can’t be improved in just ten reps. Your muscles become more defined when you do those ten reps, on repeat, over time. Your performance improves with the repetition and as you add more weight to each of your workouts.

The same is true for mental toughness. You don’t become mentally tough the first time you face a situation with some grit. Mental toughness is like any other muscle. It builds, strengthens, and improves over time and with repetition. I learned to always take on things I’d never done before. Growth and comfort do not coexist.

They feel the fear but do it anyway

Once you’re in the entrepreneurial space for any amount of time, you’ll start to hear this phrase all of the time. Yet as the memes scroll by in your newsfeed, it’s rare anyone takes the additional characters to actually explain how you do it.

Our bodies are biologically wired against risk. We call it fight or flight. If our bodies sense danger, it’s in our DNA to go into high alert to protect ourselves. The mentally tough entrepreneurs know to push past and through those fears by tuning into their capability.

They don’t want to fail. They truly hope they don’t, but they will be okay if they do. They remind themselves of past successes and past times they have failed and have gotten back up. They remind themselves of the potential they see in what they are doing. When you see the meme “you have to want something more than you’re afraid of it,” this is what that means. Mentally tough entrepreneurs choose to do it every day.

They don’t stop at the obstacles

When they don’t know the answer to something, they don’t tell themselves that they should. They don’t take not knowing something as some kind of sign that they aren’t supposed to be doing this, or that someone else might be able to do it better or more efficiently. They pause and get on with the business of figuring it out so that they can move on to the next thing.

They let go of striving for perfection

If you wait for everything to be perfect and focus excessively on getting everything right, you’ll never launch. Mentally tough entrepreneurs know that good is enough.

Mentally tough entrepreneurs know that there will always be time to fine tune, add on, take off, or adjust their product or service in the future. Their focus becomes on getting their idea out there, getting feedback, gauging the public’s reaction, and preparing for future iterations of their idea.

They invest in themselves and their businesses

Everyone loves the stories about the scrappy entrepreneurs who built their businesses by bootstrapping, doing everything DIY-style from their basements and garages. However, the mentally tough entrepreneurs recognize that this approach can also represent a fear or hesitancy to invest in themselves. They know that this often can be a risk-avoidance strategy that will lead to a business’s failure to launch.

Mentally tough entrepreneurs know that they cannot operate successfully as islands. They cannot possibly be successful at everything or know everything. They know they can’t see their own blocks or hear their own limiting beliefs. Mentally tough entrepreneurs are not made smaller by not knowing. They grow further into their strength by asking for help, hiring mentors or coaches, and attending trainings.

Mentally tough entrepreneurs anticipate the moment when their business growth will be compromised by their inability to physically do it all. They know they will need to hire, delegate, and outsource tasks when their time would be better spent on other things. Mentally tough entrepreneurs know that in order to grow, they will need to relinquish some control, and let go of the idea that they can and have to do it all. They build relationships and embrace competition

When you keep everything you know and the value you have to offer under lock and key and fail to share it, you are operating from a place of scarcity. Mentally tough entrepreneurs have learned that there is plenty of room in their space to share what they know. They don’t obsess about their ideas being stolen, or fear that no one will buy from them if they are generous with their knowledge.

Mentally tough entrepreneurs recognize that by sharing what they know, they become bigger. They attract loyal customers and raving fans. Mentally tough entrepreneurs build credibility within their spaces by networking and demonstrating leadership. Their confidence in their own value and worth is not reliant on the dollar signs at the end of a potential sale, but instead lies in their knowledge that they have the ability to land the next sale and the one after that, too.

They fail and get back up. On repeat.

Mentally tough entrepreneurs know that they will sometimes fail and understand that success is often found at the end of a long series of trials and errors. They don’t stop at failure, even when they come to realize that it really is time to quit on one of their ideas.

Mentally tough entrepreneurs will, of course, feel the initial pain of momentary defeat, but they don’t freeze. They re-evaluate, adjust, pivot, and try again until they find the magic sauce where something sticks.

Nothing stays the same. Mentally tough entrepreneurs know that the things that brought them their initial success are not the same things that will give them consistent success going forward. Trends change. The tech involved is always changing. Popular culture and interests change at warp speed. What’s hot today may not be hot tomorrow.

Mentally tough entrepreneurs know this and anticipate this without resistance. They prepare for change as best as possible. When caught unaware, they don’t stay stuck in the mud or refuse to move with the changing tides. They learn what they need to learn to join with the trends and do their best to go with the flow.

They aren’t afraid to live

Mentally tough entrepreneurs make time for their hobbies and passions. They take care of their relationships. They understand that in order to avoid burnout and stay the course that entrepreneurship demands, taking care of themselves emotionally and physically is a requirement, not a luxury. They have the necessary confidence in themselves, and in their businesses, to know that it will all still be standing when they return.

Heather Gray is a performance and mindset coach for business owners and leaders at Choose to Have it All.com. Her clients move past sharing pithy, motivational quotes as a mindset strategy and learn instead how to put those concepts into action in their own lives. Join her community group to continue the conversation.