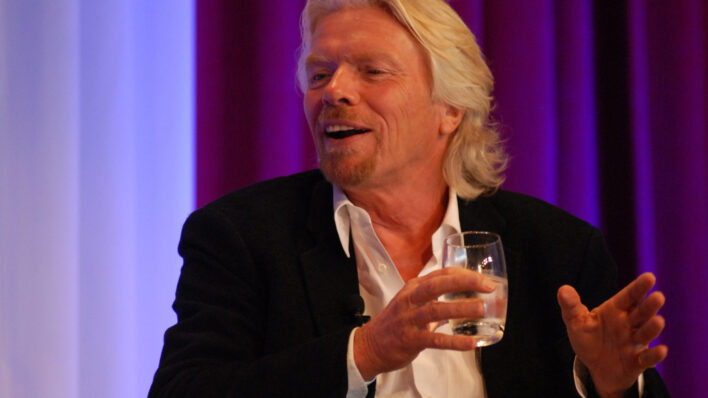 People often credit ambition or confidence when starting a new business, but that’s not the only trait that can make
By Aly Walansky    April 16, 2019

People often credit ambition or confidence when starting a new business, but that’s not the only trait that can make the difference. It can go beyond passion and inspiration too.

According to Sir Richard Branson, founder of the multinational conglomerate Virgin Group, best known for Virgin Airlines and Virgin Records, the feeling that made all the difference for him is frustration.

“You often spot opportunities from personal frustration,” Branson told the audience at the Qualtrics X4 Experience Management Summit last week. The origin of Virgin Atlantic was tied into this negative emotion, which was channeled in a positive way by Branson

“I was 28, in Puerto Rico, trying to get to the Virgin Islands, and the pilot announced we had to wait until the next day,” the businessman with an estimated networth of $5 billion dollars recalled. This delay wasn’t anything unusual: because the flight didn’t have enough passengers, it was canceled.

Branson was frustrated, but it also gave him the seed of an idea.

“I had a beautiful lady waiting for me, and I was damned if I would wait till the next day,” he recalled.

Rather than waiting, Branson hired chartered plane. This was back before Branson was a billionaire, and a chartered plane wasn’t really in his price range at the time. However, he didn’t care. He did it anyway.

With this mantra in mind, Branson booked the the plane, borrowed a blackboard, wrote “Virgin Airlines, one-way Virgin Islands $39” on it, and went around to the other passengers of his canceled flight. “And I filled my first plane,” he said.

That was the moment he started the company that changed everything.

Branson’s next step was to buy an airplane — secondhand, of course. He called a Boeing executive and said, “I’m Richard Branson, will you sell me a 747?”

“I said, ‘I have Virgin Records and the Sex Pistols.'”

“He said, ‘As long as you don’t call it Virgin, because people will assume your airline won’t go the whole way.'”

We all know the way this frustrating story ended: with Virgin Group and massive success.

So, there you have it. If something’s frustrating you, channel your frustration into finding a solution, and turn that negative emotion into something amazing. You may end up as the next Richard Branson, or — more importantly– the first you!