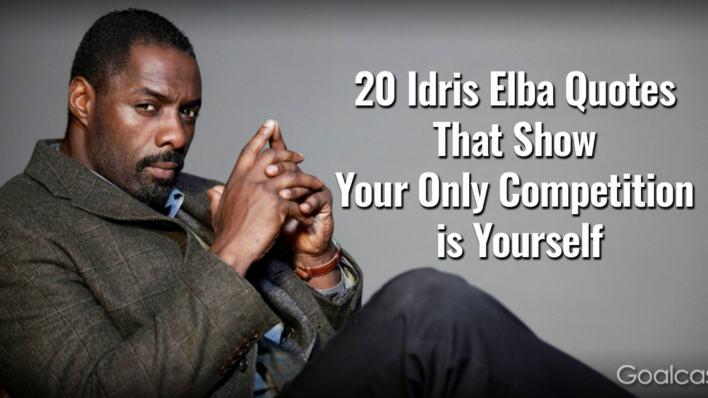 20 Idris Elba Quotes that Show Your Only Competition is Yourself

Born on September 6, 1972, Idris Elba is a brilliant British actor, producer, musician and DJ. If you’re a superhero
By Flavia Medrut    February 26, 2019

Born on September 6, 1972, Idris Elba is a brilliant British actor, producer, musician and DJ. If you’re a superhero

Born on September 6, 1972, Idris Elba is a brilliant British actor, producer, musician and DJ. If you’re a superhero movie fan, you probably know him as Heimdall, the gatekeeper of Asgard, in Marvel’s fantastic Thor movies.

Elba was born to immigrant working-class parents and became interested in drama while attending school. Ever since he was awarded a grant by the Prince’s Trust to join (1990) the National Youth Music Theatre, Idris did his best in showing his acting skills. Now, he is one of Hollywood’s most sought-after stars.

At the beginning of his career, Elba landed a number of British television roles and worked with his father in a car factory to make ends meet. He also worked as a doorman at the comedy club Carolines and DJing, after settling in America.

So while things were never easy, and Elba is one of the actors that literally worked their way up from the bottom, he finally got his major break starring as crime boss “Stringer” Bell in the highly acclaimed HBO drama The Wire. But if you want to see Elba playing a badass detective, Luther is the kind of series that will keep you glued to you monitor.

Here are 20 Idris Elba quotes that show your only competition is yourself.