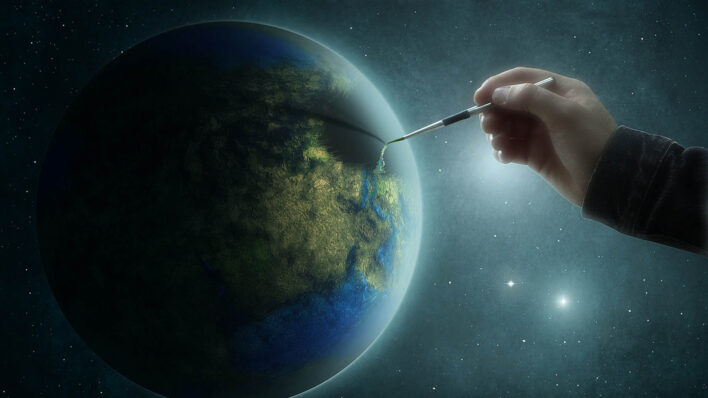 Is Religion to Blame for the Division Among Us?

I once heard that in the Mormon faith, people who are not Mormon are not permitted in the temple or
By Shawn Francis    June 13, 2016

I once heard that in the Mormon faith, people who are not Mormon are not permitted in the temple or church. Then I became friends with several people who were Mormons, attended a memorial service, at a Mormon Church, and an aunt of mine also joined the church. I had a similar experience the Church of Scientology.

I attended a memorial service for the father of a dear friend and not only found it to be warm, caring, and exceptionally loving, but I learned that more than one of my friends were ordained ministers. I’ve always thought of myself as open minded and I considered myself to be without actual judgment or opinion about either religion. I was a little surprised at the things I learned, so I wondered what other misconceptions I had about certain religions. Religion has always been the scapegoat for the lunacy of man. It was the case in Salem Massachusetts, where people were burned alive if they were suspected of being a witch.

It was the case when racists burned (or sometimes still do) crosses to display their disdain of blacks or other non-whites, and it is the excuse given by those who make it their business to show disrespect at funerals for fallen soldiers who have served our country and had been identified as gay. In this and other similar instances, the blame was Christianity. In an age where media is more prevalent than ever, where in instances, disturbed nut cases make it hard to distinguish truth from their purpose, and especially in the wake of the cowardice and horrible shooting in Orlando, Islam is perhaps the most common blame.

But Islam is no more to blame for the division among us than Christianity, or any other religion. We have to take responsibility for what we consume. We can’t always control what the media attempts to feed us but we have a say in what we choose to consume. Much of it starts with the perfection in which our spirits walk as we enter the world. We feel anything is possible and unless given or taught a reason to do otherwise, we treat people as they treat us.

The curiosity and innocence of a child can teach us much. If we would simply retain an honest desire to learn about and from each other, and to give in to the power of questions rather than statements. I recently learned that the great poet Rumi, was not just Muslim, but specifically from, a sect known as the Sufi. He was a practitioner of the art or prayer known as the whirling dervish.

The Sufis welcomed people of all faiths, including Christianity, to learn this form of prayer and art. I had heard of Rumi, but I had never heard this information before so my most common question was, ” what else don’t I know”? What other misconceptions may we have of others and more importantly about ourselves? When we attain a childlike, sincere thirst to learn about each other, good things happen. The world becomes smaller and a better place. In the case of Rumi and the dervish, I never knew any of this, though I heard the term whirling dervish, I  would have never associated it with religion. Just under 24 hours after learning of this, part of me felt like I knew all along. But we have to be open. To be open, we need to just care, much like our children teach us.

Shawn Francis lives in Los Angeles, California with his wife & children. One of whom was diagnosed with autism at the age of three. With more than 10 years in sales, financial services & personal development, he has a passion for people & their potential.