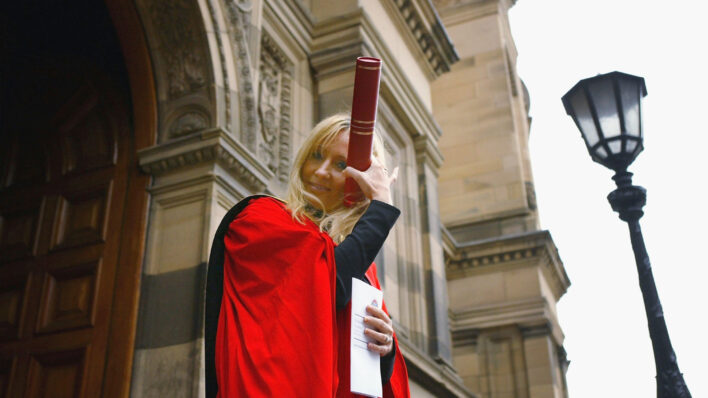 J.K. Rowling Says “Breaking Rules” May Be the Key to Success

To say that J.K. Rowling had a rough life before she made it big would be an understatement. The single
By Aly Walansky    January 21, 2019

To say that J.K. Rowling had a rough life before she made it big would be an understatement. The single mother was living on government assistance when she wrote Harry Potter and became a millionaire. But the path to success was a very rocky one.

“I was jobless, a lone parent and as poor as it is possible to be in modern Britain without being homeless,” she said in her 2008 Harvard commencement speech.

Rowling is now 53, and has learned a lot on her complicated journey. “I haven’t got 10 rules that guarantee success, although I promise I’d share them if I did,” she writes on her site, adding, “I have to say that I can’t stand lists of ‘must do’s’, whether in life or in writing. Something rebels in me when I’m told what I have to do before I’m 50, or have to buy this season, or have to write if I want to be a success.”

Sometimes it’s about creating your own path and taking risks. “The truth is that I found success by stumbling off alone in a direction most people thought was a dead end, breaking all the 1990s shibboleths about children’s books in the process,” she writes, “including the ones like male protagonists are unfashionable. Boarding schools are anathema. No kids book should be longer than 45,000 words.”

“Forget the “must do’s,” she advises, and “concentrate on the ‘you probably won’t get far withouts.'” Those includes traits like discipline, resilience, humility and independence.

“Fear of failure is the saddest reason on earth not to do what you were meant to do,” she writes. “I finally found the courage to start submitting my first book to agents and publishers at a time when I felt a conspicuous failure. Only then did I decide that I was going to try this one thing that I always suspected I could do, and, if it didn’t work out, well, I’d faced worse and survived.”

The important thing is to never give up, she says. She even pinned her first rejection letter to her kitchen wall for motivation.

To get over the fear of failure, get over the idea that everything will be perfect. No one’s work ever is, Rowling writes on her site: “In writing as in life, your job is to do the best you can, improving your own inherent limitations where possible, learning as much as you can and accepting that perfect works of art are only slightly less rare than perfect human beings.”

And ask yourself one question, she adds: “Ultimately, wouldn’t you rather be the person who actually finished the project you’re dreaming about, rather than the one who talks about ‘always having wanted to?'”