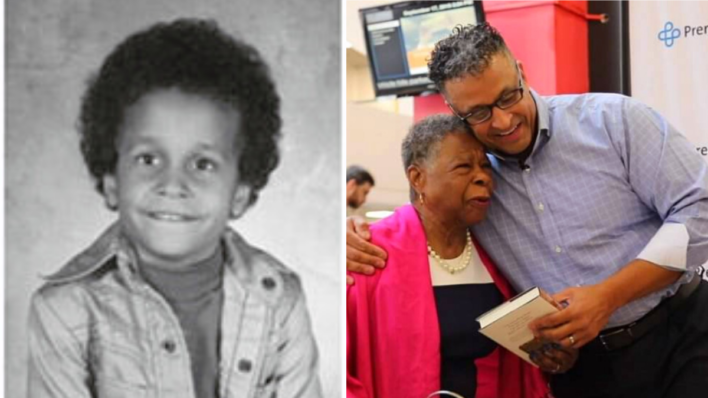 Years Ago He Was A Homeless Son Of A Drug Dealer – Today, He’s A Successful Author, CEO, And Millionaire

One student who overcame huge odds in a big way said thank you to his prized teacher in an unforgettable fashion.
By Bryan Liquor    February 5, 2022

One student who overcame huge odds in a big way said thank you to his prized teacher in an unforgettable fashion.

Growing up in one of Dayton Ohio’s roughest areas, JeVon ‘JT’ McCormick’s dad was a pimp and drug dealer who fathered 23 children. Meanwhile, his teenage mother lived in a state orphanage until she was booted out with only $20 to her name when she was 17.

From rags to riches

Along with enduring cruel bigotry as a mixed-race child, McCormick was imprisoned three times. By the time he was a teen, he was sleeping at bus stops while carrying all of his belongings in a suitcase to school every day.

However, pressure makes diamonds, and McCormick persevered to shine bright. Now, he is the CEO of publishing company, Scribe Media, a successful author of several personal development books, an in-demand keynote speaker, and a millionaire several times over.

Yet it would only be clear to the world what- or who- changed JT’s destiny years later, through complete chance.

At one speaking event in his hometown, McCormick ran into a former classmate. After some light banter, he asked her a question: “Do you remember Mrs. Porter? She was an English teacher?”

The woman beamed and said that she remembered their 8th grade teacher fondly.

I love Mrs. Porter. Shirley Porter left a big influence on me.

That’s when the classmate had the idea of inviting Mrs. Porter for JT’s afternoon talk. “Oh, that would be incredible!” he replied.

Immediately, a venue organizer called Mrs. Porter to invite her, and she accepted.

And so, a reunion thirty-five years in the making would finally take place that afternoon; and it would be one neither would forget.

As he’d become known for, McCormick delivered a powerful, vulnerable speech, laying out his childhood scars. Looking on, Mrs. Porter, who had no clue what he had gone through, broke down in tears.

As he was about to wrap up, he recounted calling up Mrs. Porter that morning and regaled fond stories about how she’d throw shoes and chalk at him.

Then, after composing himself, an emotional JT said, “I’ll be damned if Mrs. Shirley Porter isn’t sitting right there,” pointing her way.

I say to you now: If you ever sit back and reflect on your life and wonder if what you did was influential, just know what you did. You got me.

Parents raise us, siblings protect us, and grandparents spoil us. Teachers, however, guide us, challenge us, and push us to be our best. When, like JT, we literally have no place to go, they’re there for us.

They might not grace magazine covers or rack up crazy YouTube views, but make no mistake who the real influencers are. Which teacher made an imprint on your life? Try finding one and saying thank you, that’s the only reward they seek.