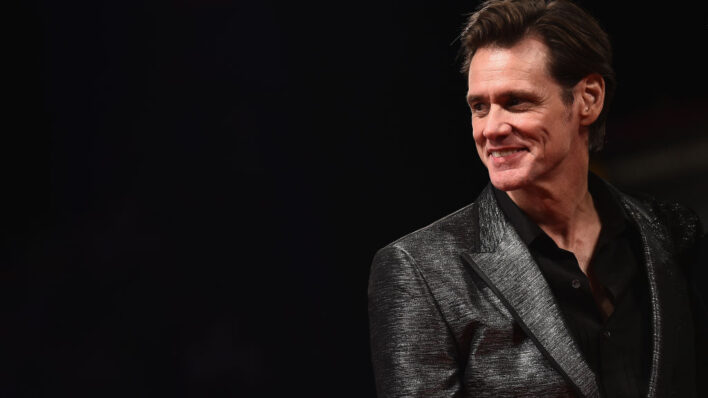 Jim Carrey’s Quotes for Believing in Yourself — and Your Dreams

One thing that Canadian megastar Jim Carrey is well-known for is his philosophy: Life is meant to be ad-libbed. To
By Leah Kosatsky    May 31, 2019

One thing that Canadian megastar Jim Carrey is well-known for is his philosophy: Life is meant to be ad-libbed.

To non-actors, it’s fascinating to watch Carrey ad-lib and go off script — in life and on screen — at a moment’s notice. His screen presence deeply portrays his passion in everything he does.

Although Carrey has long been king when it comes to ad-libbing, life wasn’t always megastardom for the comedian. At the young age of 15, he dropped out of school to contribute to his household’s income, though his family was still forced to moved into a van.

Fast-forward to his life in Los Angeles years later, following tons of hope and gigs in stand-up comedy, Carrey ad-libbed his own recipe for creating the life you want and believing in yourself and your dreams.

In his late 20s, Carrey decided he wanted to make more money, so he wrote himself a check in the amount of $10 million dollars. He then gave himself only five years to cash it. On the check, he wrote “For acting services rendered.” In 1995, he landed the lead role in Dumb and Dumber and with this one gig, he generated enough income to cash his check.

This is the power of unwavering belief in your dreams.

“As far as I can tell, it’s just about letting the universe know what you want and then working toward it while letting go of how it comes to pass.”

Let the universe know “what you want” and let go of the delivery. This is one philosophy that is taught in every single self-help modality. The problem we have is that we first create a desire, then try to use our minds to make it happen.

The universe is much bigger than our minds, so letting go and then allowing is the first step. Don’t try to control the outcome. Do the work and receive it.

“It is better to risk starving to death than surrender. If you give up on your dreams, what’s left?”

If you have ever worried about putting food on the table, then you know just how strong the fear is that one day you will starve. Even if this thought is the furthest from the truth, it’s still a fear.

Giving up on your dreams means risking loss of the nightmare. Your dream is given only to you. No one else in the world has your dream. Can you risk “starving to death” to follow your dreams?

“Desperation is a necessary ingredient to learning anything, or creating anything. Period. If you ain’t desperate at some point, you ain’t interesting.”

This one took a little while to absorb. Why is desperation a necessary ingredient? Because the hungrier you are, the more likely you are to find a solution.

The truest lessons are learned at rock bottom, where the fertile soul of change is waiting for new seeds. The seeds you plant in the most desperate of times also contain the dreams you hold inside.

Take some time today to truly assimilate these lessons and perhaps draft a check to yourself with a due date in the same way that Carrey did. Self-belief is the most powerful motivator.