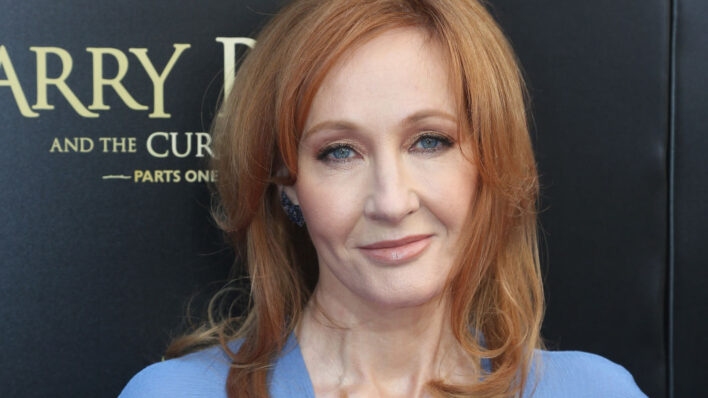 Literary icon J.K. Rowling may be one of the greatest writers of all time, but that doesn’t mean she doesn’t
By Eliza Theiss    May 28, 2018

Literary icon J.K. Rowling may be one of the greatest writers of all time, but that doesn’t mean she doesn’t struggle with work like the rest of us. In fact, she almost gave up writing in the middle of a Harry Potter chapter.

While the natural talent required to create the amazing body of work that makes up the world of Harry Potter is undeniable, it takes more than raw talent to become the first billionaire author in history – specifically hard work and perseverance, as Rowling revealed in a series of encouraging tweets.

Upon rereading, the best I can say about today’s writing is that I got my second best Tetris score.

The revealing conversation was kicked off when Rowling tweeted she’d been struggling with productivity that day. Thousands of likes and hundreds of comments later, it was obvious her post had struck a nerve.

Many fans and aspiring writers asked for advice on dealing with writer’s block, which led Rowling to reveal that one Harry Potter chapter almost broke her: “Dark Mark,” which tells a complex and pivotal scene of the Potter world.

I have been writing like that for a week….I think I have re-written a single chapter 40 times because I can’t get it right…how do you get passed that? https://t.co/S4W58X0dSX

Chapter 9, Goblet of Fire nearly finished me. I rewrote it more times than I can now remember. You’ll get there. https://t.co/5Y5I4hRSDi

Rowling’s no-nonsense admission of how much she struggled came offered much-needed encouragement and relief to many. Her response was also proof that even when things seem impossible, perseverance is worth it.

On tough days at work ill remind myself of the bandwidth it took to write the entire HP series, and that you did it flawlessly! Thank you 🏆🔥

But Rowling’s advice did not stop there. As further appreciation poured in on Twitter, JKR seized on one grateful fan’s words to remind people that the goal is not perfection, as perfection is unattainable. Instead, aim to seize the moment and push through the hardship. Dare to follow your dreams even, or especially, when things are tough.

Certainly not flawlessly, but I did it. Never wait in expectation of perfection or you’ll wait forever. Do the best you can with what you’ve got and be one of those who dared rather than those who merely dream. And thank you x https://t.co/Y1beuWwO4N