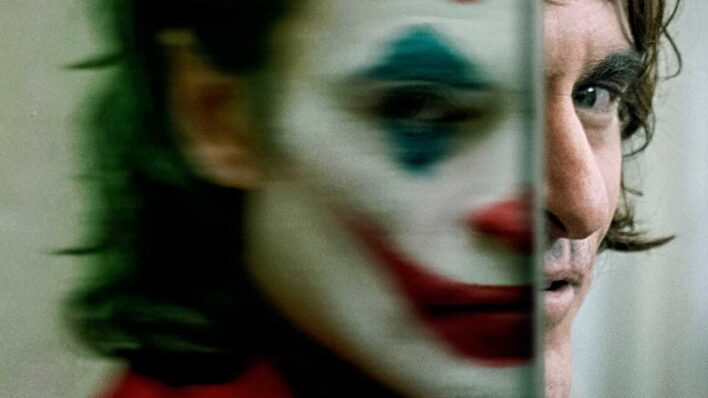 Joaquin Phoenix lost his older brother River at a young age, greatly impacting both his life and his acting career, but he found a way to grow on his own.
By Aly Walansky    October 3, 2019

Joaquin Phoenix lost his older brother River at a young age, greatly impacting both his life and his acting career, but he found a way to grow on his own.

It’s hard to believe it’s been 25 years since we lost River Phoenix at the prime of his life, and his career. But no one feels that loss more than his brother, Joaquin.

Part of the reason that River’s death is so fresh for so many of us is the suddenness of it all. On October 30, 1993, as he left a nightclub in LA with a few friends – including brother his 19-year-old brother Joaquin – the actor died at the young age of 23.

River’s star was only set to rise even higher when he lost his life to an overdose. He had been nominated an Oscar for his role in Running on Empty and was set to star in Interview with the Vampire and The Basketball Diaries — roles that would go to Christian Slater and Leonardo DiCaprio in his absence.

Fans and Hollywood heavy-hitters alike grieved for him. But as hard as the loss of River hit the public, it was nothing compared to the impact on his family.

“As River grew, he did become more and more uncomfortable being the poster boy for all good things. He often said he wished he could just be anonymous. But he never was. When he wasn’t a movie star, he was a missionary. There’s a beauty in that – the man with the cause, the leader – but there’s also a deep loneliness,” his mother Arlyn told Esquire magazine.

It was a life that started as pure as it can get.

River’s parents worked as missionaries, supporting themselves by fruit picking and other odd jobs.

At the time of his death, River was only in his early twenties, but had already been in dozens of films, including coming-of-age classic Stand By Me and was something of a teen idol in addition to being an active animal activist and musician.

Part of the reason that his death from an overdose was so shocking was because Phoenix was never seen as a “bad boy” before his death– in fact his image had been rather clean.

He was known as a hard worker and an ardent believer in all sorts of social, political, humanitarian interests. He was even a vegan, purporting the importance of putting nothing bad or toxic in one’s body.

River’s close bond with his family

“My parents really were very dedicated to us, and in some ways they gave up many of the things they had had in their 20s to help us find what it was we dreamed of. It was an incredibly selfless act,” their older sister Rain said in an interview with The Guardian.

There was never any competitiveness between us.

“We realized there was a shared aspect of success – that at different times each individual was poised to shine, and supporting that was the most important thing. That is really how we felt; it isn’t just a statement, it was how we behaved,” Rain explained.

How Joaquin forged his own path

Following his brother’s death, Joaquin stepped away from his budding acting career for a year, processing his grief with his family away from the public eye as much as he could.

Upon his return to the acting world, the roles he took were often darker and more emotionally challenging than the work River did early on in his career.

Playing a villain in Gladiator earned Joaquin his first Oscar nomination, and his second came when he portrayed Johnny Cash — a brilliant performer who struggled with addiction — in the biopic Walk the Line.

In 2005, Joaquin sought treatment for his own addiction– something River never got the chance to do– and has come out the other side. He even starred in a film about addiction recovery, from River’s collaborator Gus van Sant.

A third nomination Oscar would come for The Master, where Joaquin played a cult follower with PTSD.

Despite his long and varied career, Joaquin says he owes all his success and fame to his beloved, late, brother.

“When I was 15 or 16 my brother River came home from work and he had a VHS copy of a movie called Raging Bull and he sat me down and made me watch it. And the next day he woke me up, and he made me watch it again. And he said, ‘You’re going to start acting again, this is what you’re going to do,’” Joaquin said at the TIFF Tribute Gala this year.

“I am indebted to him for that because acting has given me such an incredible life,” he said in a recent speech. “I feel overwhelmed with emotion, because I’m just thinking about all the people that had such a profound influence on me,” Joaquin said. “When I was watching those clips, I thought about my family.”

Joaquin has honored his brother’s legacy in other ways: he remains an outspoken environmental and animal rights activist.

Now Joaquin is starring in the film Joker, which is getting a lot of attention for its serious, controversial story, but the dark emotions of the character are what really drew him to the role.

“When I read through the script, I noticed the traits of PTSD,” Joaquin told GamesRadar+ and Total Film. “The one part of the story I believed was that he experiences childhood trauma. He’s in this highly reactive state in which he sees and looks for threat everywhere. That was really kind of like a foundational piece for me.”

After losing River at such a young age, Joaquin could clearly relate to the childhood trauma the Joker goes through in the movie,

He saw a way to forge his own path as an actor, respecting his brother’s legacy but not letting it overshadow him, and confronting his grief in a productive way rather than giving up.

Joaquin’s own legacy will be one of fearless creativity, and he is building it, one decision at a time.