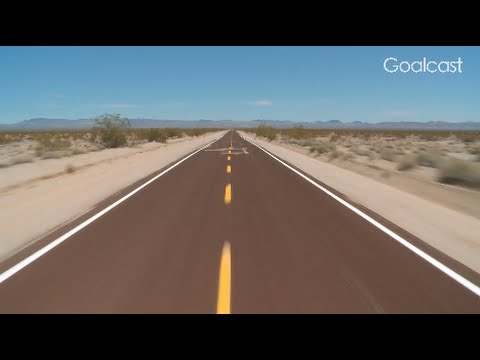 Joe Rogan Knows Why People Get Angry While Driving Transcript: “When you see people that are acting illogically and you
By Goalcast    August 7, 2016

Joe Rogan Knows Why People Get Angry While Driving Transcript: “When you see people that are acting illogically and you

Joe Rogan Knows Why People Get Angry While Driving

“When you see people that are acting illogically and you see people that are angry with road rage, and when you live a life, especially when you have a job that just sucks the fucking blood out of your body, literally sucks the inspiration out of your soul, you want to be selfish when you’re done. I think that’s a big part of road rage, a big part of people yelling. You don’t even want to give someone a few seconds to get in front of you with a car. You want to honk your horn and give them the finger because they made you wait a second or two. Our problem is, we don’t look at the world, we don’t look at our life, we don’t look at our existence as, you know, what is the most important thing? Well, the abundance of happiness, love… No, no, no, we look at is as money and really, the money that you need to be happy is enough money so you don’t have to think about money. It’s an ironic thing, you want enough money so that you can eat and have a roof over your head and be able to enjoy the comforts of home, a nice couch, normal shit. That is really the money that you need in this life, to have happiness, health and money to support health, money to support nutrition, money to support shelter and once you have that, that is everything. That is where real happiness comes from and if you don’t have that, but yet you have millions and millions of dollars, you’re sick, you’ve missed the point, you missed the most important part of the equation, the most important part of the equation is companionship, friendship, love, happiness, safety, shelter, community. All of those things first. Then, more money. So when you see someone who’s fucking completely miserable and they’re rich as shit and they’re evil as fuck, that’s a huge disaster, that’s just a huge imbalance and a huge fuck-up for them. Like, they don’t understand that you gotta give up some of that to achieve happiness and peace and love and friendship and community, and it’s still possible.”

“It’s so easy to, like, go out in the world and everything’s goddamn, like, rubbing you the wrong way. Everything’s, like, can seem so fucking terrible, but then when you realize, like, no, you don’t have to be a victim. You can either get rolled by the wave of phenomena or you can surf on the fucking top of it, and when you remember that, then suddenly, when you go out into the world, the asshole you run into at the fucking gym, the shitty waiter, whatever, that cunt in traffic, these things become little packets of energy that you can use to enhance your existence and grow. Goddamn, it’s easy to forget.”

“You can, through a combination of discipline and visualization create a positivity singularity in your life where you, your very being and everything around you can like, almost like being in an elevator going up a few floors and a paradise, that can happen. Where suddenly, you discard, like a snake shedding its skin, you can like drop all that and suddenly experience some version of rebirth.”