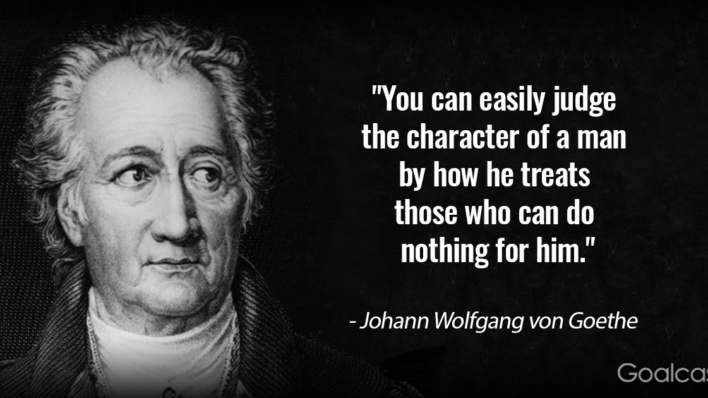 Johann Wolfgang von Goethe (August 28, 1749 – March 22, 1832) was a German poet, playwright, novelist and scientist. He is considered one of the greatest literary figures of his age, and not only.

In 1765, Goethe left home to study law, as his father wished, but due to his illness (probably tuberculosis), he returned home without a degree. However, while at the university, Goethe was much more absorbed with writing, but he presumably burned some of his works as he considered them unworthy.

Often regarded as Germany’s Shakespeare, Goethe achieved fame at the age of 25 after the release of his novel The Sorrows of Young Werther. It is said that the novel had such an influence on men of sensibility, that it has made suicide fashionable for them.

But Faust remains Goethe’s masterpiece. He started the two-part poetic drama around the age of 23 and finished it only months before his death. The legend of the erudite who sells his soul to the Devil for unlimited knowledge and worldly pleasures has been the basis for many other artistic works.

Here are 25 Johann Wolfgang von Goethe quotes that will change the way you see yourself and others.