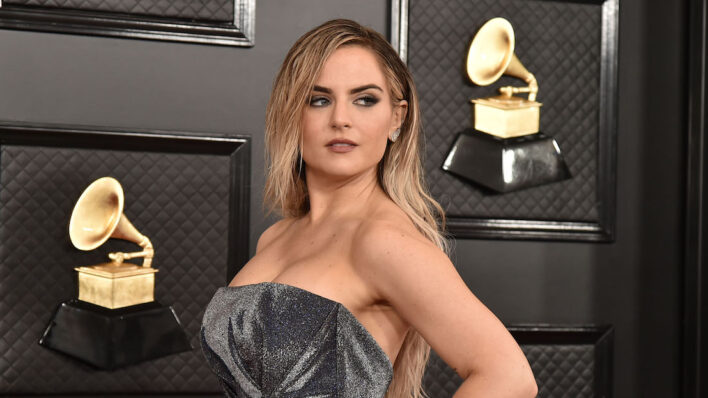 What Happened To JoJo? The Teenage Sensation Who Fought To Love Herself

JoJo was a pop icon of the early 2000s who distinguished herself at such a young age. Yet, behind the scenes, her reality was a challenge.

JoJo was a pop icon of the early 2000s who distinguished herself at such a young age. Yet, behind the scenes, her reality was a challenge.

Joanna Noelle Levesque, better known as JoJo, is undoubtedly one of the most talented and beloved teen pop stars to come out of the 2000s. The singer was just thirteen when she released her debut album, JoJo — the success of her album was so widespread that JoJo became famous seemingly overnight. Her songs ‘Leave (Get Out)’ and ‘Too Little Too Late’ became breakup anthems for an entire generation of girls.

She stunned us with not only her complex, precocious sound but also her fearless, self-assured spirit. That’s not something you can say for most teenage girls. Yet JoJo bucked the trend and as a result, became an inspiration for so many

However, as the years passed, JoJo, like many young sisters of that time, appeared to disappear from the spotlight. Obviously, her diehard fans kept tabs on her but the mainstream population moved on to other celebrities. But just because the cameras were turned off doesn’t mean that JoJo had given up. Behind the scenes, she was going through her own set of struggles. And as in the case with many young artists, some bad behavior got in the way.

At the end of the day, we have to remember that the stars aren’t perfect. As much as the media loves holding them up on a pedestal, they’re allowed to make mistakes as much as anyone else. But JoJo’s mistakes shouldn’t discount the fact that she still remains a top-notch role model to the new generation of youth discovering her sound all over again.

When she was just eighteen, JoJo’s music label at the time sat her down and told her she needed to look as healthy as possible for her fanbase. But JoJo herself felt like she was as healthy as she could be — she ate well and maintained an active lifestyle. So she figured out that the label executive wasn’t so much about JoJo appearing healthy to the public;  he just wanted her to look skinny. As a result, JoJo was forced to get on a 500-calories-a-day diet.

The singer also revealed that she had to get appetite-suppressant injections as part of her diet. But tensions between JoJo and her record label continued amid her diet efforts. The singer revealed that the company, Da Family Entertainment, lost their distribution and were falling apart as a whole. JoJo had, in fact, recorded hundreds of tracks for the label that never saw the light of the day.

But JoJo at the time mistakenly believed that her songs were cut because she looked too “disgusting” to be put in music videos. It’s so often the case for young women in the industry that they feel like they have to blame themselves for failures that take place in their careers.

When things go well, women feel like they need to express their gratitude to everyone involved in their journey. But conversely, if things take a nosedive, they internalize the failures and attribute it to their own perceived shortcomings. Being body-shamed is one of many ways women fall prey to the oppressive system of the patriarchy.

I am speaking for probably I would say every woman in this industry that your image and your weight is up for conversation, and it’s just uncomfortable. It’s hard enough being a woman. I’m sure a lot of us develop extreme insecurities and disordered eating and really unhealthy thinking about ourselves

Being on a brutal diet and not having any of her music released led JoJo down a dark path in her early twenties. She felt so disappointed that she turned to other outlets to release her frustrations and find validation. The singer said that she began getting messed up as a result — this included drinking heavily, making out with strangers, doing outrageous things to seek attention.

They were nights where she would stumble out of clubs without having any idea where she was. She would just black out and disappear off the face of the earth for a couple of hours at a time. She needed to feel buzzed to feel okay, to feel like she mattered.

She said that she used alcohol as a way to not only feel valued but also to evade responsibility. JoJo felt like her career had ended, so her unfullfilment just led deeper and deeper into this self-destructive rabbit hole where she felt like her actions did not have any consequences. She’s even said that she could’ve easily died as a result of alcohol abuse.

As a result of her drinking habits, JoJo ended up at a low point in her life: she cheated on her boyfriend at the time. Years later, she openly reflects on her mistake .

“I self-sabotaged because I didn’t feel worthy of a loving, lasting relationship,” JoJo told People. “I didn’t love myself. I am actively practicing self-love. It’s not just something you arrive at — I need to really work at it.”

Her journey towards healing inevitably involves taking accountability for her mistakes. As a result, her return to music was much more mature: she realized she had to learn to be independent.

I’ve always been in a relationship with somebody, and I was delaying a really important part of becoming an adult, which is being independent

Jojo revealed she remained celibate for 10 months as she recorded her latest album. The decision helped her speak her truth from a much more mature place. “I wanted to keep all of that good energy for myself and not share it with anybody else,” she added.

In 2015, JoJo’s dad passed away as a result of substance abuse complications. The singer has discussed how the cycle of addiction has existed in her family for quite a while. She said that she wasn’t particularly close to her dad in his family years as he kept going in and out of rehab. But in his final moments, she was able to fly to see him once again.

JoJo told herself that she didn’t want to end up like her dad. She had to make quick, solid changes to her lifestyle, and essentially fight for her dreams that had slipped away from her.

I refused to end up like that, I did not want to do that. I would’ve ended up like my dad, just going to sleep one day and not waking up because life is hard. Not coming from a cushy situation where I can just run home to mommy and daddy and ‘go home.’ Where is that for me? I make my own home. I had myself, so I had to make this work.

Through a combination of medication and therapy, JoJo was able to overcome her addiction struggles. She’s admitted that it’s still an ongoing issue in the sense that the scars will always exist in some way or other but she’s able to view that time with a new perspective.

JoJo also acted on the musical front: she changed up her record label and moved to release her comeback album Mad Love in 2016. The album was an ode to the challenges she’d suffered in the last ten years and how she was able to get over those hurdles to become the best version of herself. She went back on tour, she’s released another album since then, and she’s working hard to be able to do the thing that was taken away from her: making music.

JoJo, unfortunately, needed a tragic wake-up call to get her career up and running again. But for most of us, we shouldn’t need to wait for such a devastation realization. Our lives are by and large in our control, and even if we can’t control all aspects, we definitely can control how we respond to it. JoJo had no part in her record company’s actions but she suffered from their missteps nonetheless.

It’s so very easy to fall into a reckless cycle and has a pity party over our failures, and those mistakes will inevitably be made. But what you can do is keep in mind that your chance to transform is just around the corner. For most of us, it’s not a massive comeback album or a sold-out world tour; it’s just the ability to get through the day and feel the least bit positive about where our lives are heading. Our mistakes don’t need to define our lives at all, but we can learn from them and push ourselves in any one direction we feel like.

I was embarrassed for where I was at in my life, even though I hated feeling like a victim of circumstance. I really felt so out of control that I leaned into that out-of-control-ness. Now I’m at a place where I don’t at all feel like that disempowered little girl. I feel like a woman who’s in bloom, who can create and sustain a life that she loves and have relationships that she loves. I no longer want to escape my reality — that’s the difference from the beginning of the album to the end and the music I make going forward.

JoJo stopped feeling sorry for herself and realized that she was still in control of getting her career going again. The solutions will come into the picture but you have to believe in yourself that it’s very much possible to stop the cycle of self-destructive behavior and look towards adapting more positive habits. Even something as simple as going to bed on time every night is one step towards achieving stability and fulfillment in your life. When everything’s running amok around you, it’s more than important than ever to recognize what can you bring you happiness and get you out of your funk.