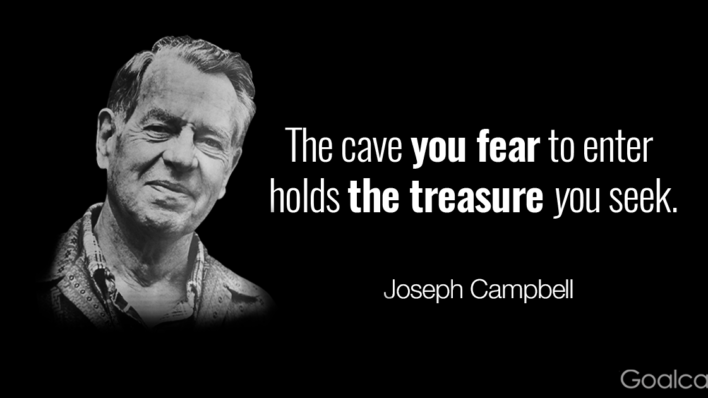 Joseph Campbell was a prolific American author and a professor of literature, well-known for his work on comparative mythology and
By Flavia Medrut    August 3, 2018

Joseph Campbell was a prolific American author and a professor of literature, well-known for his work on comparative mythology and comparative religion. Campbell saw parallels between beliefs and myths from various cultures and literatures and thought that it couldn’t be a coincidence. He studied the universal function of myth and concluded that people’s beliefs all around the world are similar, thus they can’t be interpreted as the result of independent historical development.

During the Great Depression, Campbell engaged in an intensive study to prove his theory. He used to dedicate nine hours per day to reading, for five years straight. Freud and Jung had a great influence on Campbell’s work, and he is often labeled as a Jungian because of the similarities between dream and myth symbolic interpretation.

Since the publication of The Hero with a Thousand Faces, Campbell’s theory influenced the work of other modern artists like George Lucas. The book is now on Time’s list of 100 best and most influential books written in English.

Here are 22 Joseph Campbell quotes that will teach you how to follow your bliss. Find a place inside where there’s joy, and the joy will burn out the pain.

The cave you fear to enter holds the treasure you seek.

Life has no meaning. Each of us has meaning and we bring it to life. It is a waste to be asking the question when you are the answer.

If the path before you is clear, you’re probably on someone else’s.

The privilege of a lifetime is being who you are.

The goal of life is to make your heartbeat match the beat of the universe, to match your nature with nature.

The agony of breaking through personal limitations is the agony of spiritual growth. Those who think they know how the universe could have been had they created it, without pain, without sorrow, without time, without death, are unfit for illumination.

We must be willing to let go of the life we planned so as to have the life that is waiting for us.

Follow your bliss and don’t be afraid, and doors will open where you didn’t know they were going to be.

Your sacred space is where you can find yourself over and over again.

We’re not on our journey to save the world but to save ourselves. But in doing that, you save the world. The influence of a vital person vitalizes.

The black moment is the moment when the real message of transformation is going to come. At the darkest moment comes the light.

Instead of clearing his own heart the zealot tries to clear the world.

Life is like arriving late for a movie, having to figure out what was going on without bothering everybody with a lot of questions, and then being unexpectedly called away before you find out how it ends.

Opportunities to find deeper powers within ourselves come when life seems most challenging.

And all you have to do to transform your hell into a paradise is to turn your fall into a voluntary act. It’s a very interesting shift of perspective and that’s all it is… joyful participation in the sorrows and everything changes.

Not all who hesitate are lost. The psyche has many secrets in reserve. And these are not disclosed unless required.