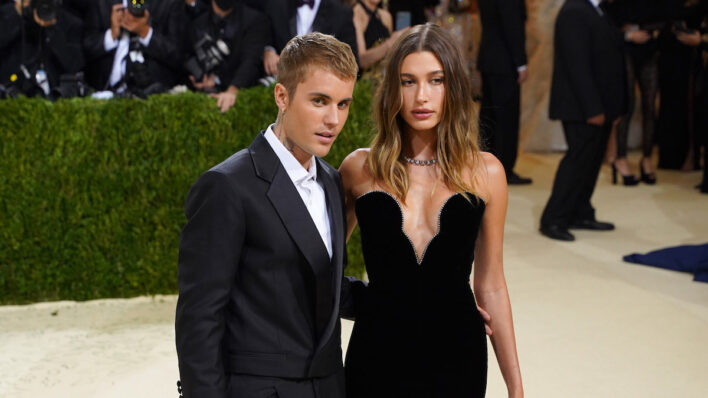 Justin and Hailey Bieber seem like the picture-perfect young couple but is their love actually a cautionary tale for others?
By Shaoni Das    November 5, 2021

Justin and Hailey Bieber seem like the picture-perfect young couple but is their love actually a cautionary tale for others?

To what extent are you willing to stick with someone in the name of love?

Society tells us time and again how ‘real love’ is built on endless determination, persistence, and endurance. It is often portrayed as a tense, aching, and maddening arrangement that can only survive if the parties remain patient until the very end; if they’re able to set aside their differences to be there for each other, consequences be damned.

However, is love worth it if it’s tearing you apart from the inside out? What if you can’t help but fall back into the same old toxic behavioral patterns? Do you wait your entire life in the hopes it would get better? Or do you say enough and let go of the relationship for good?

Hailey Bieber experienced a similar ordeal in her early years of marriage to Justin Bieber. Everyone is well-acquainted with their story: childhood friendship to whirlwind romance to a walk down the aisle. It’s a fairytale by all appearances, but in reality, there is more to the situation than meets the eye.

Here’s how Hailey Bieber dealt with her marital challenges early on:

In a recent episode of the podcast In Good Faith with Chelsea & Judah Smith, Justin and Hailey Bieber discussed the former’s mental health crisis, which initially loomed over their marriage like a ghastly cloud and threatened their ability to be compassionate towards one another. It had become so severe at one point that Hailey called her mother in tears and broke down, terrified of spending the rest of her life with Justin. “I was calling her, I was crying, and I was like, ‘I just can’t do it,” she said. She was only 21 when they tied the knot – far too young to be undergoing such trying circumstances, especially alongside a figure as enormous as Justin Bieber.

Hailey didn’t think she’d have so much on her plate as his wife, and with his mental well-being deteriorating by the day and the relationship getting increasingly toxic, she wondered if she would have to continue with this predicament “forever.” Hailey’s mother, Kennya Baldwin, who’s been with her father Stephen Baldwin since she was 19, consoled her daughter and told her the moment would pass and that Justin would eventually be “healthy” enough for her.

The 24-year-old said her mother’s support allowed her to reframe her perspective and think clearly. Hailey told herself she was in it for better or for worse and that it was her “decision” to settle down with Justin at the end of the day. She’s known him since they were children, and with what they’d promised to each other in their nuptials, Hailey knew this wasn’t the time to leave him high and dry — not when he was down in the dumps and feeling so lost and overwhelmed.

I know for a fact that I’ve loved this person for a very long time and now would not be the time to give up on him. I just wouldn’t do that to him […] I was going to stick it out no matter what the outcome was going to be

Hailey Bieber on In Good Faith with Chelsea & Judah Smith

Hailey said she couldn’t possibly leave him “in the middle of the worst time” of his life, not after everything they’d been through to become husband and wife. She wiped away her tears and started viewing her marriage through a different lens. She decided she was going to “stick it out” with him no matter the outcome, as, in her mind, that’s exactly what she signed up for when she said yes to his proposal.

Is her decision an inspirational story or a cautionary tale?

Hailey eventually realized she had made the right call to soldier on with Justin and steer him towards recovery. However, while she may have found some light at the end of the tunnel, this isn’t the case for most people.

Many people, unfortunately, never find an inkling of hope when they’re dealing with a  toxic, abusive, and occasional violent relationship. They’re so blinded and conditioned by the idealistic concept of love that they’re willing to weather the storm in the hopes it will subside in the near future. They tell themselves that they love their partner and that their partner loves them, so nothing else in the world matters since they’re there for each other and can overcome any and all obstacles. But people have different definitions of what “overcoming” even entails in this instance. Is simply surviving and not abandoning your partner indicate you’re “overcoming” the struggles? Or would you actually have to evaluate your issues and work through them in a systematic, empathic way?

I realized there was some serious healing I needed to go through in order to get to a place where I could be in a healthy, serious relationship because I had a lot of trauma and scars.

Justin Bieber on In Good Faith with Chelsea & Judah Smith

From Justin’s standpoint, he was aware of the “healing” he had to do to get to a point where he genuinely deserved Hailey’s companionship. He wasn’t going to take her commitment for granted; he was going to implement some significant changes in his lifestyle to ensure their marriage remained intact. “I just committed to working on those things and getting healthy,” he said.

Justin did the right thing to assess his mental health, but not every partner will be as self-aware or focused as him. If your partner is abusive towards you or others, it’s high time you consider packing your bags and leaving them. There’s no point in trying to fix what is an irreparable condition; you owe it to yourself to move forward and leave the demons in the rearview mirror, as much as it hurts to think about them. It’s critical to remember that you can love them and still choose to walk away; the choice to part ways shouldn’t be seen as a failure but as the next step in your pathway.

Set healthy boundaries and take action when someone crosses them

The goal is to set healthy boundaries between you and your partner, so you’re well aware of what you will and will not accept in the relationship.

Limits exist everywhere else on the planet, so you must identify them in your life as well. If either you or your partner crosses one, it’s time you take action. Life is short, and there’s only so much one person can stomach over the course of their lifetime — there shouldn’t be any room for toxic behaviour, perpetual suffering, or uncontrollable displays of violence. These are massive red flags, and you need to distinguish what you’re willing to let go of and what you need to call out.

It’s one thing to recognize vulnerabilities in your partner, as Hailey did with Justin, hold them accountable for their conduct, and implore them to work on themselves. It’s another thing to forgo those difficult conversations and just ignore or dismiss these hurdles in the name of love. Love will not save you from the realities of marriage, commitment, or mental health. It will not ease your plight by magic. Sure, it can soothe certain circumstances, but it will not fix anything in the long term; this responsibility falls on the individuals themselves.