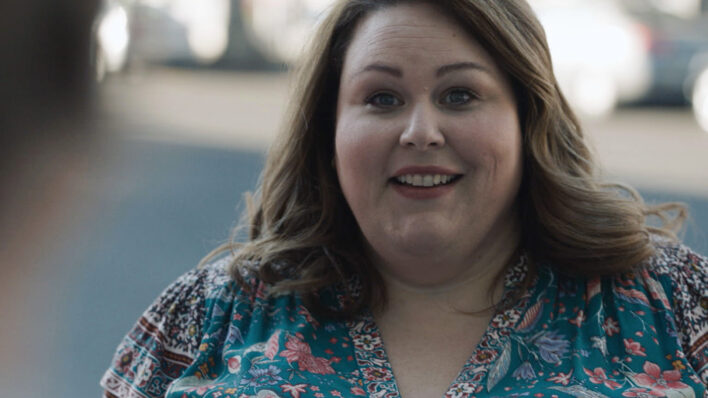 Kate Pearson has evolved over the years—from an anxious observer to an active decision maker in her own story—and the lessons are for all of us.
By Maya Khamala    May 3, 2022

Kate Pearson has evolved over the years—from an anxious observer to an active decision maker in her own story—and the lessons are for all of us.

For devoted fans of Kate Pearson from This Is Us (played by Chrissy Metz), getting to season 6 has been a journey of bonafide depth. Viewers have been blessed with the ability to observe her growth in stages, one moment exploring childhood insecurity and the beginnings of her long-term struggle with her weight, and the next plumbing the depths of an abusive teen romance in the wake of her father’s death.

All the while, the Kate at centre stage is the grown-ass woman navigating the toughest waters of them all: being a mother of two and a teacher while trying to make a long-distance marriage work in her family’s favor while her bond with her husband slowly but surely disintegrates.

Watching the evolution of Kate’s character and her slow but steady journey towards self-actualization over the past six seasons (almost!) has been heartwarming and heartbreaking in turn.

Self-actualization can have a range of meanings, depending who you ask. But humanist psychologist Abraham Maslow offers one of the most widely recognized definitions, describing it as the process of becoming “everything you are capable of becoming.”

The Evolution of Kate Pearson

Season 1 Kate was obsessed with losing weight, but as the show has progressed, her relationship with her body and weight have also. What’s refreshing about it is that weight loss is no longer her top priority. Instead, she’s focused on being a good mom, a good wife (even as her relationship becomes strained), and ultimately on being happy, above all else. While her internal battle with her weight is still a part of her, it no longer defines her.

This Is Us writer Laura Kenar says it well: “I think her life has become bigger than just, ‘She will be happy once she loses the weight.’”

Kate has struggled most of her life to take a proactive approach, and make life decisions she is happy with regarding her career, her relationships, and her sense of self. And, although she’s been progressing all along, in the current and last season of the show—particularly in episode 9, The Hill, she finally has that breakthrough. After years of believing she wasn’t good enough, “the confidence others had always seen in her had finally risen to the surface.”

Whereas the teenage Kate was too insecure to try scaling a fence with her brothers in a pressing situation, grown-ass Kate not only climbs the hill Toby hinted at her being incapable of climbing, but when she gets to the top, her decision is made. She applies for the job that she knows will make her happy in spite of the fact that it won’t make her rich—and in spite of the fact that doing so almost certainly marks the end of her marriage.

By making this tough decision for herself, Kate grows more and more into the person she is capable of becoming, owning a more active rather than passive role in her life. Some may say this was a less-than-transparent move to make without discussing it with Toby—but given the pressure he was laying on her to move her whole life to accommodate the job that he loved, it’s likely that she did it on the fly so she wouldn’t get talked out of doing what was best for herself.

Producer K.J. Steinberg breaks down the dissolution of “Katoby” for anyone out there who still thinks they should have stuck it out.

“Kate and Toby are good people, who have so much love for one another,” she says, “but that love has gotten lost in the distance and the way that they have evolved individually without converging in that evolution. Their lives have strangely taken different paths…they really have to stop just hoping things get better. They need to work to make things get better.”

And, in spite of our often built-in resistance to this truth, the best way to make things better is to work on ourselves. Kate Pearson finally figures this out in the sixth and final season. And really, this is where she’s been heading all along. It just took a while to get there. After all, it takes so many of us ample precious time to ripen into new and improved versions of ourselves—versions much more aligned with our happiness, and with our true purpose. Harsh truth: some people never get there. The good news is that anyone working consciously toward improving their life will undoubtedly make progress, even if it doesn’t look the way they thought it would.

In the comments section of an Instagram post shared by the series where Chrissy Metz asked viewers their thoughts on that crucial episode 9, fans expressed a range of emotions.

“Weeping! Empowering but sad watching you both finding your happiness and realizing it may not be with each other,” wrote one follower.

Metz herself agrees wholeheartedly, sharing her own understanding of self-actualization within the storyline.

“Neither one of them is right, and neither one is wrong,” she says. “They’re moving in different directions, sometimes you move together, and sometimes you move separately. I think it’s essential to show the dissolution of a relationship in the most honest, real, and relatable way…these are two people that love each other very much…Unfortunately…they want separate things.”

Self-Actualization is Accessible to All of Us

Ultimately, Kate isn’t the only one who gets to forge a new and improved path forward. With time, we gradually get a glimpse into Toby’s new and improved life also. In episode 13, Day of the Wedding, which takes place five years after their divorce, he calls her up on the day of her wedding to her coworker Phillip, to gift her with three poignant words: “I see it now.” He is referring to the conversation they had immediately after signing their divorce papers in which Kate said, “We’re meant to be apart, and I know that one day you will see it.” By this time, Toby too has moved on to greener pastures, rediscovering love and joy in his own life.

The truly beautiful thing about watching This Is Us is that it moves us backward and forward in time to a wonderful, emotionally intelligent beat— a vulnerable beat of self growth and compassion. We see ourselves in the characters—we can’t not— and by gaining deeper access to their flaws and their strengths, we glimpse a little further into our own. TV like this doesn’t come along every day.

At the end of the day, realizing our potential is a highly personal endeavor that relies heavily on where your creative, intellectual, or social drive lies.

Self-actualization is not about making the highest salary or achieving a particular status. It is a full-hearted state achieved by fulfilling one’s personal potential, step-by-step. In doing so, new doors are thrown open, and we’re faced with possibilities we might never have imagined. Getting there takes courage, but can be oh-so-rewarding.

Why Do People ‘Catfish’ – And What Do You Do If It Happens to You? 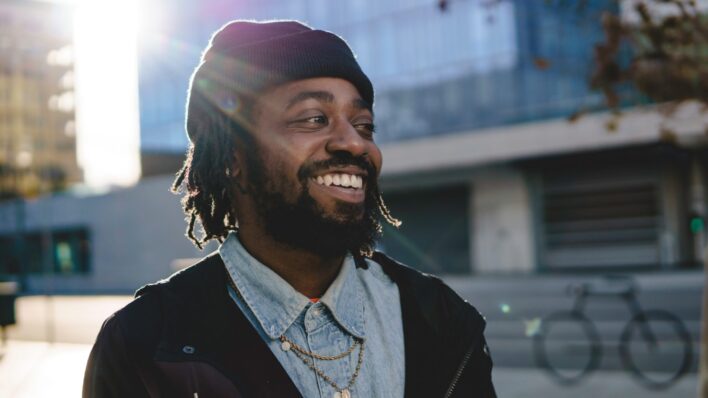 The Dark Side of Optimism: How to Know If Your Positive Energy Is Hurting You