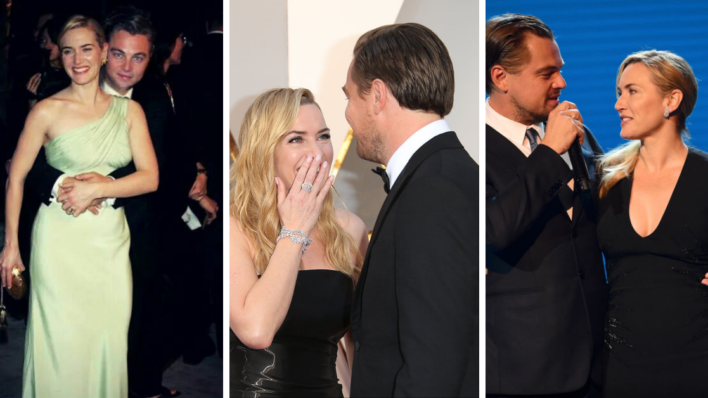 When friends are very close, they can sometimes anticipate what the other one is thinking or feeling before anyone says
By Aly Walansky    December 21, 2020

When friends are very close, they can sometimes anticipate what the other one is thinking or feeling before anyone says anything – think knowing their lunch order without the need for them to say a word.

That’s exactly how Kate Winslet realized Leonardo DiCaprio was that kind of friend while they were on set filming Titanic.

Sometimes days go very long on movie sets, and at the end of a long day of filming, the cast and crew are pretty exhausted.

Winslet recalls one of those moments, when she and DiCaprio were resting on the deck during a break and an assistant approached them asking them for their food order.

“Leo was so tired,” Winslet shared in a Rolling Stone interview. He had just asked for a sandwich. When the assistant asked what he wanted on it, he let Kate take care of it and fell asleep.

And Kate did instinctively know he wanted a specific cheese and no tomato or pickle. “I absolutely knew!” That’s when she realized just how well they knew each other.

A friendship more powerful than romance

Despite fan speculation, that’s also why they never dated. Kate and Leo knew each other so well and were such close friends it almost felt like being siblings rather than having romantic attraction.

“Kate and I have really grown up in this industry together,” says DiCaprio said in a Popsugar interview. “We’ve been there for each other and helped guide each other.”

And they’ve always been there for each other because they didn’t let romance get in the way.

“That friendship works is because there was never any romantic thing,” said Winslet, allowing that fans are disappointed because they really wanted a Kate and Leo love story.

“We needed each other to lean on because we were very young and working all kinds of crazy bloody hours and it was a shock to the system.”

When all else fails, you’ll always have your friends

While it’s easy for two people with lots in common to fall for each other, sometimes it’s good to keep things platonic – and really appreciate each other for what you have – a beautiful friendship that stands the test of time.