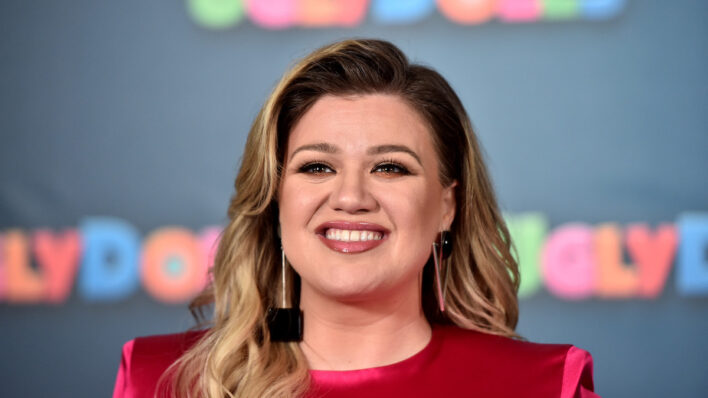 The singer-songwriter has been going through the worst time of her life – does a startling piece of advice to her younger self help her rethink her perspective?
By Shaoni Das    November 15, 2021

The singer-songwriter has been going through the worst time of her life – does a startling piece of advice to her younger self help her rethink her perspective?

Kelly Clarkson may present as one of the brightest, most untroubled women in show business, but behind the scenes, she’s fighting a nasty battle.

Her divorce from Brandon Blackstock has been grabbing headlines left, right, and centre, mainly due to an excruciating litigation process that’s so far uncovered some pretty damning information about everyone involved. For starters, Kelly has been ordered to pay an exorbitant sum of money —$200,000 a month precisely — as alimony and child support. To make matters worse, Brandon’s father, Narvel Blackstock, who’d been part of Kelly’s management team since 2007, sued the former American Idol songstress for $1.4 million in unpaid commissions. Kelly countersued him and his company for “procuring, offering, promising, or attempting to procure employment or engagements” without being properly licensed. In addition, Kelly and Brandon are having a hard time negotiating child custody, with their “level of conflict” increasing day by day.

As she goes through one of the most challenging times of her life, we can’t help but think about the advice she imparted to her younger self shortly before her divorce announcement. Here’s what her advice reveals:

In an InStyle interview in January 2020, six months before her divorce filing, Kelly detailed the guidance she could give her younger self with everything she’s experienced through the years. “I would tell my younger self to stop trying to save or fix people,” she said. The 39-year-old added that she’d spent a significant part of her adult life trying to “justify” other people’s actions, knowing full well they were in the wrong. Yet, she kept persisting and persisting, often compromising her values to bend to someone else’s will. This became “exhausting,” of course, and she had to learn how to hold her own ground when someone tried to use her to get their way. “People have to help themselves. I am not that powerful. No one is,” she said.

I would tell my younger self to stop trying to save or fix people […] People have to help themselves. I am not that powerful. No one is.

Obviously, this piece of advice doesn’t necessarily apply to her marriage but seeing how she probably realized many of the difficulties with Brandon around this period, some of her words probably do have a bearing on her predicament. When you’re a mother-of-two fighting tooth and nail to “save” your marriage, and you’re still coming up empty, it can feel demoralizing. You can’t muster the willpower to force something to work when it so clearly has run its course.

Though we can’t say for sure Kelly was trying to “fix” Brandon, the sentiment can still resonate across her divorce proceedings. She spent so much time and energy trying to improve her relationship with Brandon. When it became evident that their union would end no matter what, she redirected the same time and energy on working out a viable co-parenting arrangement with him. These procedures require a tremendous level of patience and attention, but at the same time, there’s only so much you can do before you’re ready to give up. Your time on earth is dwindling, and you need to concentrate on people and projects that truly fulfill you. This is why Kelly made an impassioned plea to the judge presiding over her case, asking him to declare the formal couple legally divorced as they “both deserve the opportunity to build a new life.”

Even though the legal operation associated with the split has been brutal, Kelly is putting on a brave face and trying her best to maintain her optimism, whether it’s on the set of The Voice or her daytime talk show, The Kelly Clarkson Show. It’s critical to note that while the court documents hint at many contentious issues surrounding the divorce, Kelly has no interest in trying to disparage her ex-husband. In the few times she’s discussed her separation, she’s only touched upon her children and how the consequences weigh down on them. “We have four kids total with each other. That’s a lot of hearts involved, and you just have to be really careful,” she told Hoda Kotb on the Today show.

Kelly also shared how brokenhearted she felt after realizing that the future she had envisioned with Brandon wouldn’t come to fruition.  “You see yourself growing old with someone, and then life has a different path. It’s so hard on everyone,” she said. There’s specific trauma related to the termination of marriage; you not only learn how far you’ve strayed from what you thought was your “pre-determined” road, but you also have to go back to the drawing board and figure out what you want again.

I mean, it’s no secret. My life has been a little bit of a dumpster. […] I don’t know how people go through [divorce] without having some kind of outlet because it is the worst thing ever for everyone involved.

So how can you possibly hope to move on from such a frustrating and strenuous set of circumstances? In Kelly’s case, she prioritizes her support systems and tries to surround herself with people she knows she can trust and those who have her back. There’s no question of fixing or saving anyone in this unit because everyone is their own person and doesn’t need to depend on anyone for their happiness. “I’ve learned to surround myself with people I want to be like,” she told InStyle. She doesn’t want to give her attention to people she can’t trust; it’s about carefully picking and choosing your inner circle, so you know they won’t inflict any additional stress on you.

Life will never be exactly what you imagine, and that’s okay

Sometimes it feels like a pointless and upsetting exercise to try to advise your younger self. Had you known then what you know today, you probably would have saved yourself a barrage of obstacles, heartbreaks, disappointments, and inner struggles. At the same time, you would have stumbled across a different set of headaches – that’s just the nature of life. It’s impossible to go through life without dealing with something or the other. And years later,  when you’ve had the time to process your past hurdles, you realize it wasn’t really as bad as you thought.

Kelly never thought she would get divorced from the love of her life, but these things happen, and there’s no way you can anticipate them. So when you’re giving advice to your younger self, it’s not about dredging up feelings of regret or poring over your bad decision-making, it’s about acknowledging the fact that you’re still alive and well despite your past misfortunes. You found a way to cope with them, and you’ve grown as a result. Life will never be what you imagine, but it’s the unexpected turns and twists that make the journey all the more pleasant and exciting.