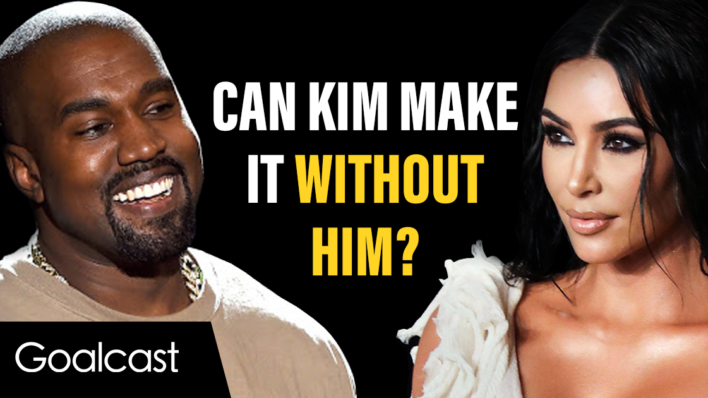 As Keeping Up with the Kardashians and her divorce from Kanye West draw near, what will happen to Kim?
By Shaoni Das    March 16, 2021

As Keeping Up with the Kardashians and her divorce from Kanye West draw near, what will happen to Kim?

For better or for worse, Kim Kardashian is a force of nature.

She, alongside the rest of the Kardashian-Jenner brood, has and continues to define the cultural zeitgeist both indirectly and directly. In fact, the family’s collective brand is so enduring and complex that it’s nearly impossible and fruitless to unpack it in one go.

At the same time, we need to remember the woman who’s been leading the charge for well over thirteen years. She’s received her fair share of vitriol and criticism, but Kim Kardashian continues to use her platform to spread values she holds dear to her heart.

While some of those values may not always resonate with the majority of the public, Kim should still be applauded for sticking to her guns time after time in the face of widespread scrutiny and adversity.

As the sun sets on Keeping Up with the Kardashians and Kim draws near her divorce from Kanye West, let’s chart her evolution over the last couple of years and envision what might be next for the media mogul.

Robbed at gunpoint, Kim realized there was more to life than fame and money

Kim’s been derided her whole career for being “fake,” “dumb,” and “fame-hungry.” It’s not for us to determine the validity of such claims. But what we can say with confidence is that no woman can be this “dumb” and still build a powerful empire whose legacy will take years, if not decades, to measure at length.

Kim’s made many missteps over the years and will continue to do so — sometimes for unhealthy motives — but we can’t move forward until we also acknowledge how she’s actively tried to learn and make a positive impact through her clout.

Her passionate approach to activism was seemingly instigated by one particular incident: the Paris hotel robbery. For those who don’t know, Kim was robbed at gunpoint on October 2, 2016, by five assailants dressed in police uniforms. They had allegedly bound and gagged her during the burglary and stole $10 million worth of jewelry from her possession. It was a traumatic and terrifying encounter for Kim, who could only flail about helplessly on the bathroom floor as her attackers plundered the hotel room.

I was just really scared of everything. I can’t sleep at night unless there are half a dozen security guards at my house, and that has just become my reality, and that’s okay.

Kim decided to process the robbery on her own terms. She started believing that there was more to life than just fame or social media followers, or cosmetic companies. She realized that in order to prevent such traumas from repeating, she needed to approach life with more purpose.

I feel like [the robbery] was so meant to happen to me. Like, I’m such a different person. I was being flashy, I was definitely materialistic before, I just don’t care about that stuff anymore.

Her trauma forced her to fight for a “broken” justice system

Kim admitted that her bad experience in the hotel room in Paris opened her eyes to a fractured, inhumane justice system that preys upon the vulnerable in the most deceitful of ways. In 2018, she started working closely with former President Trump on commuting sentences for non-violent and first-time drug offenders in prison.

Trump was receptive to her efforts and eventually sanctioned the release of Alice Marie Johnson, a first-time drug offender who had been serving a life sentence behind bars. Kim had lobbied extensively for Alice’s release and was credited by multiple commentaries as the key influence in Trump’s final decision.

Kim followed up her initial campaign with more work concerning police reform. She persuaded Trump to back the First Step Act, which covered a number of reforms within key policing structures in the country. She also bankrolled a large part of the 90 Days To Freedom movement, which advocated for the release of non-violent drug offenders from life sentences. The movement ended up freeing 17 prisoners under the First Step Act, and Kim has vowed to continue fighting for an equitable police system. She’s also shed light on the issue of gun control, crime, and legal injustice.

I really had no idea how broken the system is. If I know more about the system, I can do more for the system […]

Where does Kim fit in post-Kanye and post-Keeping Up with the Kardashians?

2021 will mark a massive year for the 40-year-old media personality. The show that put her on the map is coming to an end — alongside the marriage that amplified her fame tenfold. In many ways, she’ll get a fresh opportunity to take control of her life and carve her own path. For too long, she’s been defined by her materialistic impulses, her obsession with fame, her broken and complicated romances, so as far as she is concerned, it’s a new day, and she can be whoever she wants to be.

Of course, this is easier said than done. She’s still a globally-known celebrity with four kids, a controversial husband, and a chaotic family who show up in the tabloids every other day. So much of Kim’s public perception has been decided by the masses that it’s going to be an uphill battle to separate herself from the overarching narrative.

Additionally, Kanye’s controversial antics had her on the defensive regularly. He was far more controlling of her choices than people had imagined. The sordid details of their union will likely be revealed, but it’s safe to say that being married to Kanye is no walk in the park.

Yet Kim has already made public her plans on becoming a lawyer in the near future. In a Vogue interview in 2019, Kim revealed that she was interning at a California law firm in the hopes of “reading the law” and gaining the knowledge she needs to become a full-fledged lawyer.

Never judge someone for choosing to change

Kim’s growth over the last couple of years demonstrates that it’s never too late to undertake a different path in life. And similarly, you can’t judge anyone for doing the same in their own life. People’s priorities shift all the time, life experiences force them to rethink their purpose, and so they decide to change and become a better person.

You don’t want the trauma to be the driving factor in your efforts to change, yet that’s what it took for Kim. A horrifying experience at gunpoint opened her eyes and spurred her forward to take control. Therefore, we can’t speculate about motives — we can only support and respect her for getting out of the box and doing something meaningful with her influence.