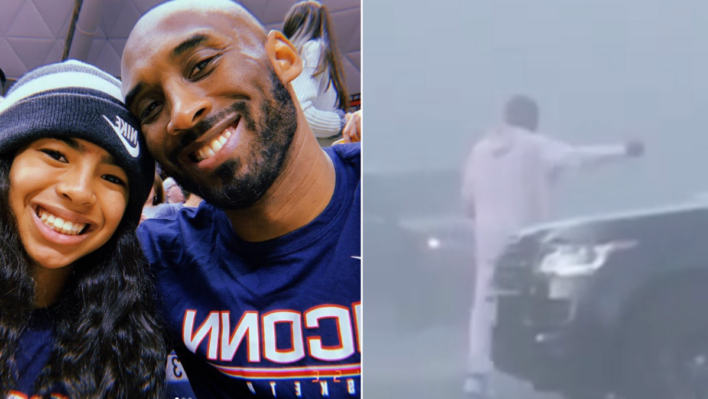 Just Weeks Before His Tragic Death, Kobe Bryant Demonstrates He’s a Real Life Hero at the Scene of a Car Accident

Just weeks before tragedy took his life, Kobe Bryant flashed some off-court heroics reminding us that he’s a legend on all surfaces.
By Bryan Liquor    December 13, 2022

Just weeks before tragedy took his life, Kobe Bryant flashed some off-court heroics reminding us that he’s a legend on all surfaces.

Interstate 5 Freeway at SR-4 in foggy California was the site of a grim scene. A car veered off the freeway, colliding with several vehicles. Shards of glass, metal and shocked victims and onlookers littered the road.

Then suddenly amidst the chaos and drama, a legend with the heart of a Mamba appeared when it mattered most.

There, pulling up not for a jump shot but in a black-out SUV was none other than 18-time NBA All-Star Kobe Bryant.

How Kobe Bryant Helped Calm Down a Chaotic Accident Scene

Per the Daily Mail, the bystander who shot the footage described Bryant as being in a ‘tracksuit looking fly’ and standing beside a banged-up silver vehicle. Yet Bryant wasn’t there for a photo opp, but to help in any way he could.

Footage caught a poised Bryant walking across the road, shaking hands and giving people hugs. With the motivation to help out, he was also directing traffic out of harm’s way and remained at the scene until help arrived.

RELATED: How Vanessa Laine Bryant And Her Children Are Doing After Kobe Bryant’s Death

Even when they did, he stayed to make sure that all was under control.

It’s good that Kobe was on the scene for comfort, as one man lost his life that day.

Surprisingly, this wasn’t the first time that Bryant stopped by to help at the scene of a crash. One of those that Bryant connected with that day was Ryan Williams.

“Kobe witnessed someone crash into me at 65mph,” he said, adding “He ran to my car. He helped. Most of all, he was kind.”

Williams also recalled that Kobe’s kindness extended beyond that day.

“A week later, he saw me and my family at Starbucks. He told my wife how lucky I was to be alive.”

“From that time on, whenever we’d see him in Newport Coast, he continued to be kind. A first bump to my son… a high five to my daughter… a word of wisdom to me.”

Thankfully, no one was seriously hurt in that incident.

As his jersey remains hanging in the rafters, his loss hangs in our hearts. As a new NBA kicks off, it’s still hard to believe that it’s already been almost three years since a helicopter accident took the life of him and his 13-year-old daughter Gianna. Yet you can be sure that widow Vanessa and Bryant’s two surviving daughters will keep memories of an amazing man.

The heart of a champion isn’t measured in points or rings, but in lives touched. By that measure, Kobe Bryant’s giving nature is an even greater success than his game.

The Truth Behind Kobe Bryant’s Troubled Relationship With His Parents