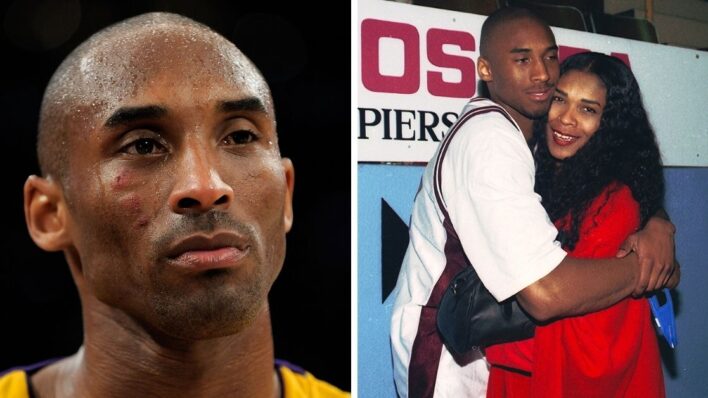 The Truth Behind Kobe Bryant’s Troubled Relationship With His Parents

Kobe Bryant left the world as one of the most admired, distinguished, and skilled athletes on earth. His untimely death affected more than the basketball community; it was one of the most devastating moments of a year already filled with widespread disease, violence, and death. He left behind a near-perfect legacy, one marked by unmatched professional achievements, outstanding philanthropic work, and a beautiful, young family forever endeared to the public.

However, if one looks closer into his personal life, they will observe that not all was right and jolly. Like many other celebrities, Kobe had a complicated relationship with his parents. It wasn’t apparent or obvious since most of the media were far more interested in his basketball games or the rumours surrounding his marriage, but it plagued the Black Mamba just as much.

As we approach the first anniversary of the legend’s death, it’s significant to examine the years preceding the tragedy and how Kobe was able to reconcile with his parents in the nick of time. Here’s what we can learn from Kobe’s bittersweet relationship with his parents:

Kobe may have been the most successful basketball player in his family, but he most certainly wasn’t the only one. Both his father, Joe ‘Jellybean’ Bryant, and his maternal uncle, John ‘Chubby’ Cox, were NBA professionals. Therefore, young Kobe had grown up with basketball in his veins, so it was hardly a surprise that he developed a passion for it early on. Kobe’s mother, on the other hand, is socialite Pamela Bryant.

When his father, Joe, received an opportunity to play basketball in Italy following his NBA career, the Bryants’ packed their bags and moved across the Atlantic. Bryant was the youngest in the family and the only son. Growing up in Italy, he learned to speak the language and even started playing soccer on a local level. His grandfather would send him tapes of NBA games, which young Kobe spent hours studying. That’s when his hobby transformed into a professional aspiration. When he was 13, the Bryants moved back to the United States and set up shop in Philadelphia. That’s when Kobe started taking part in more reputable tournaments, and the rest, as they say, is history.

Kobe’s parents did not approve of his marriage to Vanessa

Not much is known about the relationship Kobe shared with his parents before his career took off, but one can only presume that it was relatively content. What caused the rift was Kobe’s decision to get engaged to Vanessa Laine when he was merely 21. Vanessa was a seventeen-year-old high school student at the time and had been trying her luck at music videos.

Kobe’s parents, Pam and Joe, were not pleased with Kobe’s decision to get engaged at such a young age. They wanted him to focus on his career and live his life before settling down with a girl. Another theory as to why Kobe’s parents disapproved of Vanessa is because she wasn’t African-American — she was of Hispanic heritage.

However, Kobe decided to go against his parents’ wishes and get hitched to Vanessa anyway. As a show of their displeasure, Pam, Joe, and Kobe’s two older sisters, Sharia and Shaya, did not attend their wedding. Kobe remained estranged from his family for two whole years until his first child’s birth in 2003.

Kobe said his relationship with his parents was “sh*t”

Though there was a brief reconciliation between Kobe and his parents, the relationship remained strained over the years. Kobe also had a falling-out with his two older sisters as they were too financially dependent on him. Eventually, he had to cut them off and force them to stand on their two feet.

Kobe and his parents’ situation worsened once again in 2013 when Pam and Joe Bryant were caught selling Kobe’s career memorabilia, such as Championship rings and high school uniforms, at an auction house. Kobe filed a lawsuit against both his parents and the auction house. He won the lawsuits and received a public apology from his parents, who said they regretted causing their son “misunderstanding and unintended pain.”

On July 21, 2016, Kobe Bryant took part in a Players’ Tribune feature where he wrote a letter to his younger self. Among many things, he included a caution for his younger self, telling young Kobe not to mix business and family.

The next time I write to you, I may touch on the challenges of mixing blood with business. The most important advice I can give to you is to make sure your parents remain PARENTS and not managers.

In another interview, Kobe downright said that his relationship with his parents was terrible and that he wasn’t pleased with the way his parents decided to sell his memorabilia for some extra money.

Our relationship is sh*t. I say [to them], ‘I’m going to buy you a very nice home, and the response is ‘That’s not good enough’? Then you’re selling my sh*t?

But they managed to briefly reconnect before Kobe’s death

It’s unclear whether Joe and Pam could fully reconcile with their son before his untimely death, but there have been a few instances where it looked possible that their son would finally warm up to them. Wayne Slappy, a former coach, and friend of Kobe’s, reported to the Daily Mail that he had witnessed an affectionate hug between Kobe and his father Joe during a basketball camp. He said that the embrace showed that both father and son had missed each other deeply, and they were both smiling ear-to-ear throughout this moment.

Both Pam and Joe were present during Kobe’s memorial. The sisters even released a statement following his death, stating that they enjoyed a very close relationship with his brother until the end of his life.

I just remember seeing [Kobe] hug his dad. You know how they loved each other from how they looked at each other, how they smiled. Everybody’s family has issues, disagreements here and there. The healing comes, but this healing is going to be hard because he’s not here.

Wayne Slappy to the Daily Mail

Cherish your relationships before they’re taken away

A lot of us will experience strained and awkward relationships in our lives. We don’t get to choose our family, so, invariably, we’ll have issues with them, but then we’ll also feel pressured to continue supporting them for the sake of “family.” Sometimes, relationships are too broken or painful ever to resolve, but sometimes, it’s worth the effort to mend them.

You never know what the future holds. If the Bryant family knew that Kobe’s days in this world were short, then they would have doubled down on their efforts to reconnect with Kobe. But all that remains is a sense of regret and “what-ifs,” so it never hurts to salvage relationships if you truly miss them.