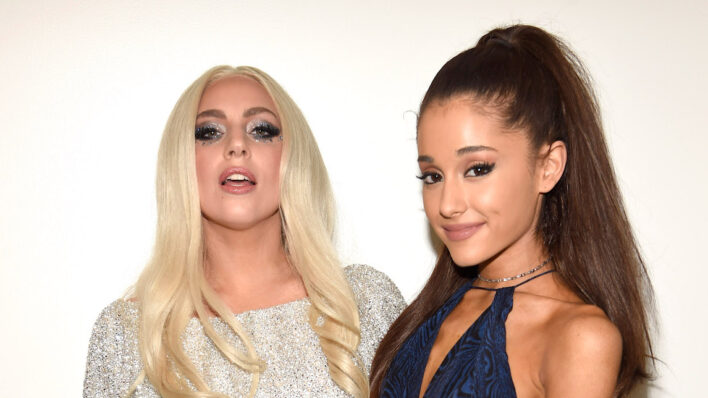 Lady Gaga opened up about her blossoming friendship with Ariana Grande and revealed the touching reason why it took so long to happen.
By Kawter    May 22, 2020

Lady Gaga opened up about her blossoming friendship with Ariana Grande and revealed the touching reason why it took so long to happen.

Lady Gaga and Ariana Grande seem to be destined to be friends. They are both pop music majesty, ruling in their respective queendoms. And yet, while this friendship may seem inevitable, it took forever to happen despite Ariana’s efforts to connect.

They now released a song called “Rain on Me,” a collaboration many will think is long overdue. What could possibly have prevented these two amazing women from connecting sooner?

Lady Gaga opened up about her fears

Though the two women have crossed path multiple times in their careers, Lady Gaga admits she was reluctant to allow a friendship to happen. Ariana tried many times to make it work but the Mother Monster was conflicted inside.

She was so persistent. She would try over and over again to be friends with me. And I was too ashamed to hang out with her, because I didn’t want to project all of this negativity onto something that was healing and so beautiful.

Gaga went on to say that Ariana “has been through some really tough, really hard, life testing stuff.” In fact, the song “Rain on Me” coincides with the anniversary of a traumatic event in the young pop star’s life.

As we all know, Ariana went through some major rough patches. Her concert in Manchester, UK was attacked by a suicide bomber, which resulted in the deaths of 23 fans and parents. Only 2 weeks after the ordeal, she pulled together a charity concert to support the survivors and victims. At the time, her boyfriend Mac Miller was there to support her.

However, only over a year later, Mac lost his life to a drug overdose, plunging Ariana in another dark pass. Even though they were not together at the time of his death, she had never stopped loving him.

Not only did Ariana live through these tragedies, she had to do it in front of the public eye. And it was no easy feat.

“I’m a person who’s been through a lot and doesn’t know what to say about any of it to myself, let alone the world. I see myself onstage as this perfectly polished, great-at-my-job entertainer, and then in situations like this I’m just this little basket-case puddle of figuring it out.”

It’s no wonder Lady Gaga felt reticent to approach her. The “Born This Way” singer has been open about her mental health struggles but she did not want to add more to Ariana’s plate.

But Ariana saw right through it

Ariana was not fooled by Gaga’s demeanor. Quite the opposite: she saw right through it.

Eventually she called me on my s–t. She was, ‘You’re hiding.’ And I was like, ‘I am hiding. I’m totally hiding.’ And then this friendship blossomed.

That very same night, Gaga wrote their song “Rain on Me.” However, the bop was more than just the first step of a beautiful friendship. For her, opening up to Ariana was a step in her own healing journey.

Gaga revealed that she used to punish herself a lot for what happened to her in the past (in reference to being sexually assaulted by a producer) which led her to self-harm. She realized that her “masochistic” tendencies were a way she deprived herself because she didn’t think she “deserved good things.”

When we’re in a bad place in our lives, it can be easy to miss out on something good. Perhaps, like Gaga said, we don’t feel that we deserve it or we simply fail to see it because we are preoccupied with our demons.

Yet, when a connection is meant to happen, it inevitably will. Lady Gaga and Ariana’s friendship proves that with the right people, being vulnerable will never be a problem. These two pop icons have gone through so much in their journey in life–but now, they also have this friendship on their side.