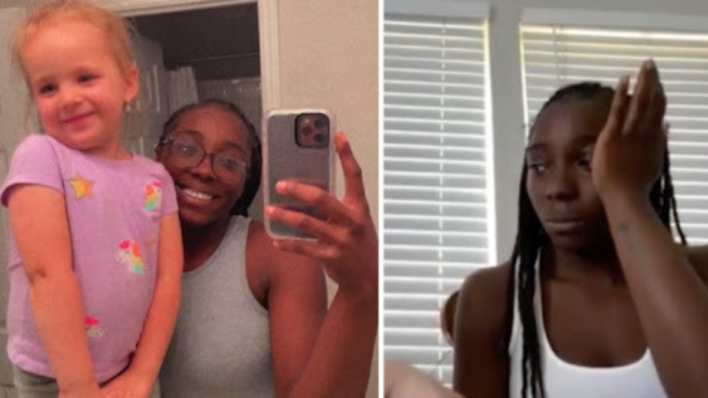 Woman Gets Accused Of Trafficking Adoptive Little Sister, What Happens Next Is Shocking

A couple of sisters went on a trip together — nothing suspicious there. But when an airline passenger suspected human trafficking,
By Joel Balsam    August 11, 2021

A couple of sisters went on a trip together — nothing suspicious there. But when an airline passenger suspected human trafficking, it led to an embarrassing — and unfair — experience for the girls.

They were falsely accused

Lakeyjanay Bailey, 21, was traveling on a flight from Denver to Dallas with her sister Olivia, 4. Olivia had been adopted by Lakeyjanay’s mom, a social worker, which explains the difference in their skin color (Lakeyjanay is Black, while Olivia is white).

As soon as the two arrived at Dallas Fort Worth International Airport, the trip immediately transformed from a pleasant one to a humiliating experience. At the gate, authorities were waiting for them as soon as they got off the plane due to an accusation on board the flight of child trafficking.

“There were two police officers, and they came up to me and said, ‘Is it okay if we talk to you?'” Bailey told Denver 7.

Authorities turned to the 4-year-old, asking her a series of questions including if she knows what Lakeyjanay is to her and asked what their mother was to her.

The officers called the girls’ mother on the phone and accompanied them to baggage claim before questioning the person that picked them up.

“The whole time they were talking with us, people kept staring at us, whispering and stuff,” Bailey said.

Race may have played a factor

Frontier Airlines said in a statement to Denver 7 that it called law enforcement after someone on board the flight suspected that Lakeyjanay was trafficking Olivia.

“That passenger approached the flight crew with those concerns and subsequently completed a written report during the flight to document her observations. The captain was notified and felt an obligation to report the matter. Air travel is one of the most common means for human trafficking,” the statement read.

Frontier Airlines concluded its statement by saying, “Race played no part in the actions of the flight crew who were following established protocols.”

But Lakeyjanay felt otherwise. She said if skin colors were reversed between her and her sister, she wouldn’t have been questioned.

“If the roles were changed and it was a white person walking off the plane with a Black person, like a Black child, I feel like things would be different,” Bailey said.

According to Denver 7, the girls and their family are considering a lawsuit against Frontier Airlines.

Reflect on potential racial bias before accusing anyone

Keeping an eye out for suspicious activity and reporting it is important — it may have saved two teenagers from child trafficking, for instance. But we also have to keep in mind how racism may be clouding our suspicion.

In this case, the accusation flung at a Black woman led to a humiliating experience with police, something that Black women, unfortunately, face far too often. So take this as a reminder to keep an eye out for illegal activity, but to do the necessary self-reflection beforehand to make sure that what you’re doing isn’t influenced by racial bias.