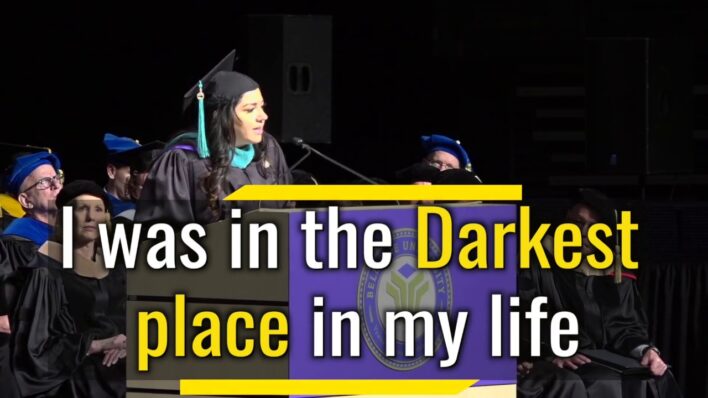 Leia Baez | How to Find Light Within the Darkness

Leia Baez – Never Give Up Heartbroken, hopeless and on the verge of giving up: This is how glow-in-the-dark stars
By Goalcast    May 23, 2018

Leia Baez – Never Give Up Heartbroken, hopeless and on the verge of giving up: This is how glow-in-the-dark stars

Leia Baez – Never Give Up

Heartbroken, hopeless and on the verge of giving up: This is how glow-in-the-dark stars turned Leia Baez’s life around.

Around this time two years ago, I was in the darkest place of my life. I was getting divorced and facing a custody battle. It was unlike anything I had ever experienced before. I was heartbroken. I felt ashamed, embarrassed. I believed that I had failed as a wife and as a mother. I even lost friends. But worse, I lost touch with who I was as a person. This was not the life that I had envisioned.

I remember crying in bed one night and looking up at the ceiling, wondering, “Is this a demotion in life? Am I really sleeping in my childhood bedroom under those same stars when I’m in my thirties? How can I be failing when I’ve been so successful?”

See, what happened was, during my divorce, I had to move back into my parents home so I could get on my feet financially. That meant moving back into my childhood bedroom, the same bedroom where I stuck all of those glow-in-the-dark stars on the ceiling, and they were still up there.

But something came over me. What I had realized was that regardless of what going through in that moment, I could still accomplish my goals because my dreams were still out there.

Now, that may sound cheesy, but trust me, I would have never have thought that this small piece of plastic would stand for so much and would be the reminder I needed to keep chasing my dreams.

I was determined to empower myself so I could be the best mother, best professional, and best leader possible. My struggles and my dark times have made me so much stronger. Fearless, even. I have learned so much about myself, about overcoming adversity, and about always trusting God’s plan.

I know that stars don’t shine in the light, and neither do we. It is during the darkness that we are forced to grow and learn who we are. So, don’t run away from those dark times. Embrace them. We are on a mission to better ourselves, to be successful, and to better this world.

Surround yourself with supportive people who want to see you rise to the top. If it weren’t for my parents and my family who have always had my back and were so willing to help with my daughter so I could study, I wouldn’t be up here today.

Not only did I land my dream job as a public information officer for Douglas County, Nebraska, but I finally moved out of my childhood bedroom underneath those stars and was able to purchase my own home.

Let’s not be afraid to fail because failure often turns out to be the start of something so much greater. Take these stars as your reminder to dream big, fail hard, but never give up.