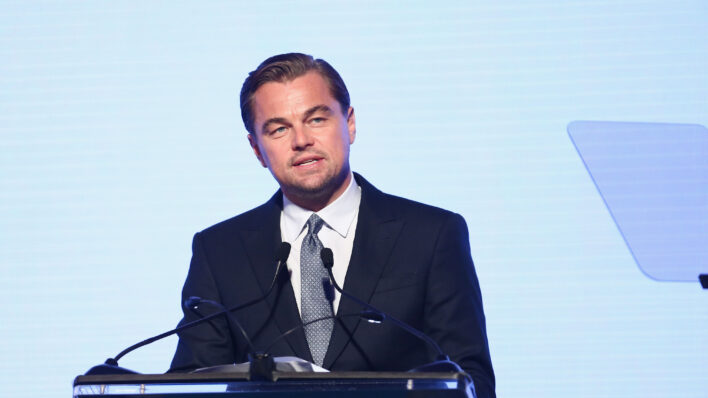 Leonardo DiCaprio has been an environmentalist since he made it big with Titanic. Now he’s announced his latest initiative to help the Amazon rainforest.
By Aly Walansky    August 26, 2019

Leonardo DiCaprio has been an environmentalist since he made it big with Titanic. Now he’s announced his latest initiative to help the Amazon rainforest.

The Amazon is on fire, and the damage seems insurmountable. It’s easy to feel overwhelmed and think things are just too severe to make a difference, but there’s always something we can do to make a terrible situation easier to handle.

With his latest Instagram post, Leonardo DiCaprio proved just that, announcing a major initiative funding millions of dollars to support the Amazon forest

“The largest rainforest in the world is a critical piece of the global climate solution,” DiCaprio said. “Without the Amazon, we cannot keep the Earth’s warming in check.”

Earth Alliance, which is backed by DiCaprio, announced over the weekend a plan to donate $5 million toward the preservation of the Amazon rainforest.

The Oscar-winner has been raising funds for environmental protection since he made it big in Titanic, 25 years ago. He’s also produced two documents, The 11th Hour and Before the Flood, to bring awareness to global warming.

Right now, the Amazon Forest Fund is trying to support local partners and indigenous communities as they work to save the Amazon from both flames and development.

Things are pretty dire right now. In fact, according to Earth Alliance’s website, over 72,000 fires have been reported by Brazil’s National Institute for Space Research (INPE) so far. The blaze in the Amazon is finally receiving international attention, with the G7 climate summit resulting in a $20 million commitment to funding conversavation efforts.

DiCaprio also made a point of praising the firefighters working on the ground in Brazil to combat these uncontrollable blazes, calling them “the real heroes.”

While we don’t all have an environmental organization we created — or 5 million to donate — there is always something we can all do to help.

Don’t know where to start?