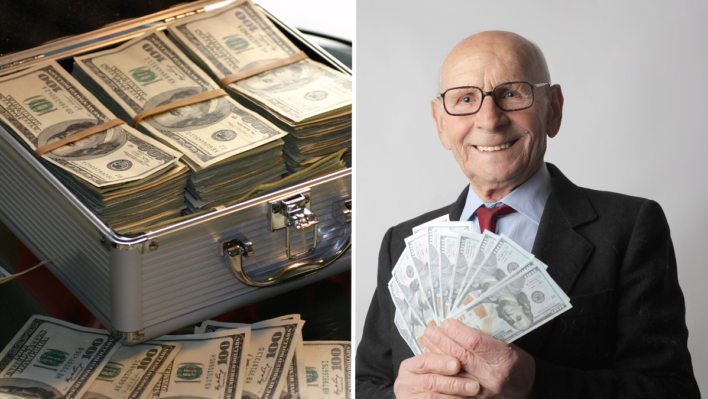 He used the money to create a foundation whose sole purpose is to “protect the living.”
By Heidi Hamm    January 20, 2023

He used the money to create a foundation whose sole purpose is to “protect the living.”

In December 2020, an anonymous man, simply known as “Guy” hit it big. Really big. He won a staggering $217 million on EuroMillions. It was the second-largest jackpot in the lottery’s history.

Rather than splurge on fancy cars and houses, “Guy” decided to use his newfound wealth to make a difference in the world. By saving it.

How the Mega Jackpot Winner Decided to Spend His Winnings

While most of us only dream of striking it rich, Guy actually did it. On a lotto ticket that had a one in a 140 million chance of winning.

As soon as he discovered he had won, he knew exactly what he wanted to do with the money. It was what inspired him to buy lottery tickets in the first place.

A retiree in the South of France, Guy had always dreamt of saving the environment. And now? He finally had the means to try.

RELATED: Thai Monk Wins $500,000 Lottery—Decides To Spend The Money In The Most Meaningful Way

He created Anyama, a foundation dedicated to “the protection and revitalization of forests, the preservation and regeneration of biodiversity, and the support of family caregivers.”

Guy named the foundation after a town in Côte d’Ivoire, close to where he once lived. In an open letter on his foundation’s website, he recalled being profoundly affected by witnessing the incessant logging that occurred in the surrounding forests.

Guy’s Dream Of Protecting the Environment Becomes a Reality

He was so impacted by the destruction, in fact, that he swore that if he ever won the lottery he would devote the winnings to restoring the balance between humans and nature.

With that in mind, he made sure that when he did buy a lottery ticket, it would count.

“I only played during the important jackpots, for one purpose: to devote the major part of this sum to the creation of a foundation,” he wrote.

He went on to say, “My dream has never been to acquire boats, castles or other sports cars, it is to be useful and to give meaning to this money, with maximum positive impact.”

It would seem he followed through on his promise. La Française des Jeux (FDJ), the company which manages lotteries in France, has confirmed his donation. And according to the Anyama website, the foundation has a number of environmental protection projects on the go.

What One Lottery Winner Wants People to Know

The elusive philanthropist doesn’t want any accolades, which is why he prefers to stay anonymous. Rather, he just wants to live peacefully and leave a lasting legacy that will impact generations to come.

And in doing so, he hopes that he can inspire others to consider doing the same. Not only is it good for Mother Earth, but Guy says that it’s good for humans as well.

He believes that giving is the path to true happiness.

Of the foundation, he writes: “It is above all the expression of a conviction that I want to share with as many people as possible: giving makes people happy and constitutes a tremendous lever for transforming indignation into concrete and useful actions.”

Guy could have easily spent his lottery winnings on himself, but instead, he chose to use them to make a real impact on the world.