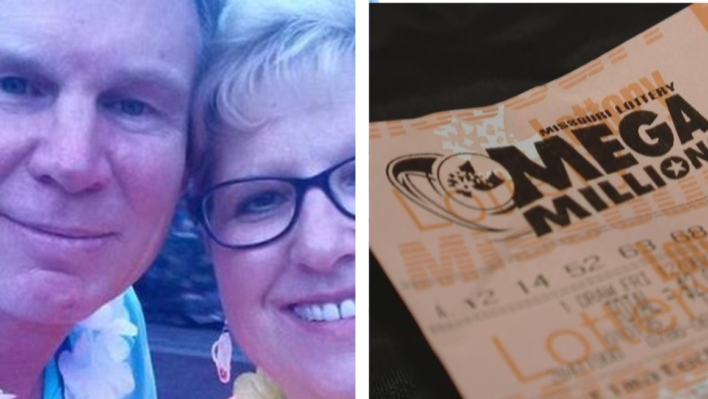 How one retired engineer saved a big secret for Christmas day.
By Carl Wordsworth    December 25, 2022

How one retired engineer saved a big secret for Christmas day.

Many of us think that winning the lottery will suddenly solve all of our problems–but many lottery winners have experienced the opposite. There exists an infamous trail of extortion, reckless spending, and eventual despair that has followed some lottery winners, a few of which can be read about here.

This trail of misfortune has been come to be known as the “lottery curse” and usually results from the concoction of sudden unimaginable money, the attention it brings, and the lifestyle it may encourage.

Despite this ‘curse’, one Missouri man cleverly managed his luck when, after winning the lottery, he withheld the news from his family and friends for weeks. In doing so, Robert Bowlin may have avoided some of the negative attention that money can bring.

RELATED: Best Friends Win a Million Dollars in the Lottery — They Immediately Decide to Give It All Away to Help Their Community

Bowlin, 60, of Platte City Missouri, hit it big when he won a $2 million lottery jackpot– splitting a $4 million pot with another lucky winner who also correctly guessed all six numbers. After winning, Bowlin notified only a financial advisor and a CPA, a certified public accountant. While many might feel the urge to shout the news from the nearest rooftop, what he did next made the winnings all the more special.

Bowlin was scheduled to collect his winnings on December 29, and waited three weeks from the day he won, until Christmas day, to tell his wife that their lives were about to change. For three weeks, he kept the news a secret, and when he finally did tell his wife, she didn’t believe him. “She thought I was messing with her,” Bowlin told lottery officials. “Then when she found out that I wasn’t messing with her, she was happy. I think she was almost sick to her stomach, it seemed.” Bowlin also told officials that he had no immediate plans for spending the winnings, but does plan on continuing to play the lottery. Perhaps Bowlin will become one of the lucky few repeat lottery winners.

Though the winnings will be taxed about 29 percent, Robert Bowlin and his wife can still expect their lives to change tremendously. Even the Trex Mart 2 in Tracy, Missouri received $2,500 for selling him the winning ticket.

Though money is not what the holidays are about, it’s certainly a pleasant surprise that made Christmas for the Bowlin family a bit more exciting. Bowlin is a father of three, and grandfather of two, and perhaps used his winning on Christmas gifts for them. Though the lottery can certainly encourage irresponsible spending, Bowlin likely managed the money well if his initial reaction is any indicator. We can only imagine the family reaction on Christmas day, but it was likely a holiday they will never forget.