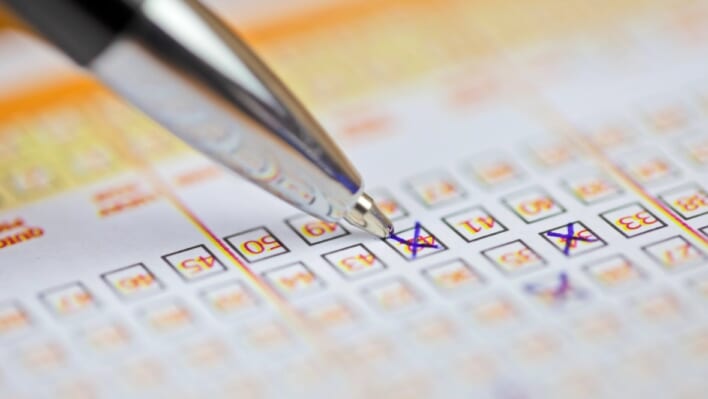 She was just days away from losing her home when she won one of Columbia’s largest jackpots.
By Heidi Hamm    January 25, 2023

She was just days away from losing her home when she won one of Columbia’s largest jackpots.

In what may just be the sweetest revenge story ever, a woman whose husband ran off with her best friend got the last laugh… all the way to the bank.

The anonymous woman from Barranquilla, Colombia, had the ultimate revenge when she won one of the country’s largest lotteries ever, a year after the brutal double betrayal.

It had been a tough year for the unnamed lottery winner. Not only did her cheating husband walk out the door with her bestie, but he left her with a hefty mortgage as well.

Struggling to make ends meet on her seamstress salary, the single mom could no longer afford her daughter’s school tuition and had exhausted her savings trying to make mortgage payments.

RELATED: Lottery Winner Gains $217 Million Fortune – Gives Almost All of It Away for This Reason

After defaulting on her loan repayment, she was just days away from losing her home. The bank scheduled it to go up for auction and there was nothing she could do to prevent it. Or so it seemed.

With the odds firmly stacked against her, the woman’s luck dramatically changed when she walked into a store to purchase two lottery tickets — and walked out a winner.

Woman Wins Lottery On The Anniversary of Her Husband Leaving Her

On the brink of losing everything, the woman decided to make one last-ditch effort. She turned to the Supergiros’ Double Chance Millionaire lottery to try her luck. It was a long shot. A really long shot.

Unlike other lotteries, the Supergiros require lottery players to win two consecutive draws in order to win the jackpot — a feat that is nearly impossible. But it turns out, lady luck was on her side. She defied the odds and won both the El Sinuano and the Caribeña Noche draws.

She walked away with the equivalent of a whopping US$331,000, the largest jackpot ever won in the game. A veritable fortune in a country where the average monthly salary is only $950.

What makes this win even more deliciously satisfying, however, is that in a twisted turn of fate, she bought the winning tickets on the one-year anniversary of her husband leaving her — sweet justice.

In an interview with local news outlet Zona Cero in Columbia, the anonymous winner revealed that she was shocked by the win, but also incredibly happy about it. So was her ex-husband, apparently.

According to the woman, he was the first person to call her after news of her win got out. She wasn’t falling for it. Despite his “flirtatious” congratulations, there is no talk of reconciliation.

While it’s true that hell hath no fury like a woman scorned, it seems, in this case anyway, that heaven also shineth down on the jilted.

This woman’s story is a reminder that no matter how difficult life may seem, there is always hope. And sometimes, the universe has a way of delivering sweet revenge when we least expect it.