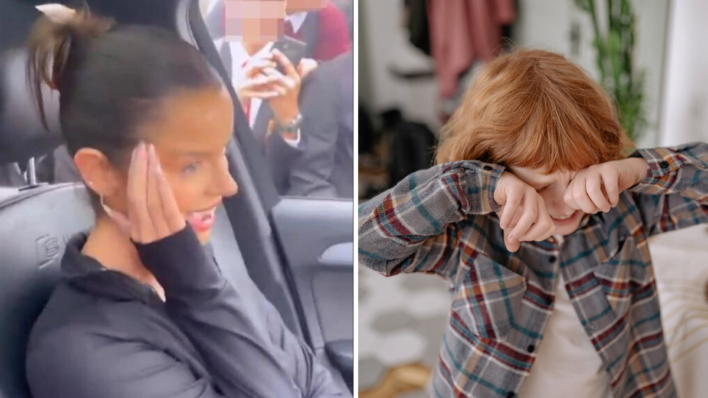 Love Island Star’s Nephew Reveals He Is Being Bullied – Furious, She Uses Her Fame in the Best Way

Maura Higgins pulled the “Do you know who I am?” card for an admirable reason.
By Sophie Babinski    September 27, 2022

Maura Higgins pulled the “Do you know who I am?” card for an admirable reason.

Occasionally, as Love Island’s Maura Higgins recently proved, a reality star will surprise us with a good deed.

Maura Higgins rose to fame during season five of the U.K. famous summer reality show, Love Island. During her time on the show, the Irish beauty was regarded as a kind-hearted girl’s girl. Even though she was generally well-liked, Maura faced online bullying when she left the Love Island villa in 2019.

The online trolls were so vicious that her mother spoke to the press, begging people to remember that celebrities are people too. So, it should come as no surprise that Maura herself went on to use her fame to protect her family from the unpleasant experience of bullying.

Recently, Maura’s own nephew confided in his family that he was being bullied at school. This confession enraged the reality star, who decided to take a drastic measure to protect her nephew — show up at his school!

Maura, 31, went along to pick her nephew up from school. As soon as she arrived, her car got mobbed by excited school children who were in disbelief that they were seeing one of the U.K’s  most popular reality stars in their own schoolyard.

Maura shared the school pickup on Instagram, writing: ‘When you get a phone call to say he’s being bullied at school yesterday…so you make sure you’re on the school pick up today.’ She followed up her post with a reminder: ‘Remember kids, be kind.’

Maura’s Instagram post reminds us all that we should be kind to those around us. We never know what is going on in someone’s personal life, and the idea that our words or actions could deeply hurt someone should be deterrent enough to keep us from bullying. We can’t all use our fame and fortune to fight bullying like Maura did, but we can do smaller actions — they all add up!

Woman Stops to Give ‘Homeless Man’ Pizza, Doesn’t Realize He Is A Celebrity