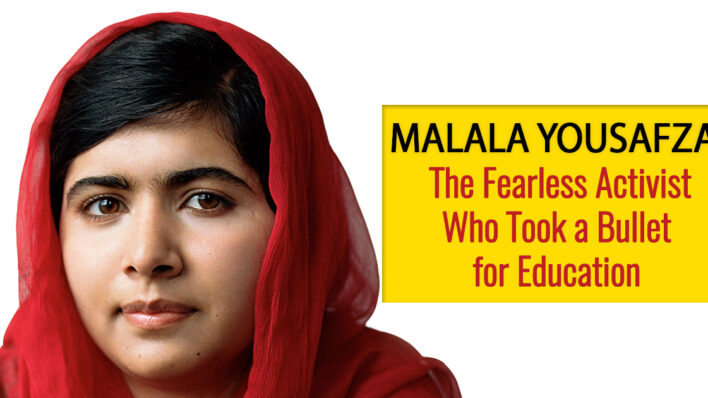 Malala Yousafzai has become a global icon for her fearless efforts advocating for every child’s right to education, even while
By Jenny Medeiros    March 7, 2018 Malala Yousafzai has become a global icon for her fearless efforts advocating for every child’s right to education, even while living under increasingly dangerous circumstances.

As a girl born and raised in a country where only boys were allowed an education and the Taliban dominated the law, Malala had very few people on her side as she raised her voice in protest against the extremist force oppressing her people.

After the Taliban attempted to silence her with violence, Malala rose up and chose to fight back with words. This is the awe-inspiring story of a school pupil with a relentless belief in her power to change the world.

Growing up with a love of words

On July 12, 1997, Malala Yousafzai was born in Mingora, a city in the Swat District of Pakistan. Her first breath was drawn at home, since her family couldn’t afford a hospital birth. She was named “Malala” after Malala of Maiwand, a national folk hero who led local fighters to victory in Afghanistan. Little did her parents know that their daughter would also become a hero for her people in the years to come.

Malala grew up in awe of her father, an activist who believed the lack of education was the root of all of Pakistan’s problems. She attended a public school founded by her father and developed a thirst for knowledge from an early age. She adored books and decided she wanted to become a doctor.

But her father sensed early on that his daughter had a gift for something beyond medicine. He encouraged her to think openly and express her political opinions freely. After he had sent her two younger brothers to bed, he and Malala would stay up discussing politics late into the night.

Defying the Taliban as a child

In 2007, when Malala was only ten years old, her beloved hometown began to change as Taliban militants inched closer. Violence soon spread across the Swat Valley and threats rained down on girl-only schools.

As class attendance dwindled for fear of retribution, Malala refused to renounce her right to an education. Her father noticed her passion for standing up against the Taliban’s oppressive campaign and took Malala to Peshawar to speak at the local press club. There, she gave an impassioned speech to an audience of newspapers and TV channels. She asked them, “How dare the Taliban take away my basic right to education?”

Despite her young age, Malala knew that if she joined everyone else in fearful silence, nothing would change. She didn’t need to grow up to do it, she could demand change now. So Malala went out and sought bigger platforms where her voice could promote education for girls.

In late 2008, her father received a petition from BBC Urdu for a student to blog about their life under the Taliban. No one was willing to take the risk, but he knew his daughter would. So, in 2009, at just 11 years old, Malala began to anonymously document the reign of terror that had befallen her hometown. Every week, she passed her handwritten notes on to a reporter, describing everything from her views on education to the horrors brought on by the Taliban military.

Raising her voice above the death threats

During her months of blogging, the Taliban’s extremist hold intensified. In her notes, Malala described the sounds of gunshots and mortars at night, the destruction of almost 400 girls’ schools, the bodies of beheaded policemen in town, and the widespread bans on television, music, and women’s education.

Eventually, the Taliban allowed girls to receive a primary education — but only if they wore burkas. Malala’s writing became hopeful, as girls began to trickle back to school. Her blog ended in March 2009. By that time, her experiences had received global attention and she was approached by New York Times reporter Adam B. Ellick to be featured in a documentary.

Cameras followed Malala Yousafzai as she and her family were displaced from their hometown while the Pakistani army moved to regain control of their region. She stayed in the countryside, bored without her books, while her father continued protesting and lobbying for support in Peshawar. It was then that Malala decided she would follow her father into political activism instead of becoming a doctor.

That same year, the documentary was released and gained international coverage. It was revealed that Malala was the student behind the BBC blog and her profile in Pakistan grew. Over the next three years, she and her father became known throughout the country for their fervent campaigning for change. Malala Yousafzai’s voice grew louder and, in 2011, she was awarded Pakistan’s National Youth Peace Prize.

A violent attempt to silence her

The Taliban were not deaf to Malala’s brazen criticism of them, and began to send death threats. They published warnings in the newspaper and slipped menacing notes under the door of her home.

Her father panicked and asked Malala to back down to avoid retaliation, but she refused. Her fear of the Taliban wasn’t as strong as her courage. In spite of the looming threat, Malala continued to speak out in support of every girls’ right to education and call for change in Swat.

On October 9, 2012, Malala was riding home from school on a bus with her friends when a masked gunman jumped aboard. He brandished a gun at the children and demanded to know which girl was Malala. As her friends turned to look at her, he fired three shots. One bullet hit Malala on the left side of her head, traveling down her neck and embedding itself in her shoulder. Panic ensued as she collapsed and the gunman made his escape.

An ambulance was called and 15-year-old Malala was airlifted to a military hospital in critical condition. After a five-hour operation, the bullet was removed, but she was far from stable. Her organs were failing, an infection had developed, and she was in an induced coma. Offers to treat Malala poured in from around the world, and she was transferred to Germany and then the United Kingdom for treatment.

In January 2013, Malala Yousafzai was finally released from the hospital after having her skull reconstructed and receiving a cochlear implant to restore her hearing. Her life after the shooting was very different. Malala saw herself faced with a choice: retreat to safety, or continue her fight for human rights. She told herself, “Malala, you have already faced death. This is your second life. Don’t be afraid — if you are afraid, you can’t move forward.”

The murder attempt spurred worldwide outrage and protests across Pakistan. A right-to-education bill was passed in her country for the first time, and she now receives global support when promoting her cause.

On July 12, 2013, her 16th birthday, Malala was flown to New York to give a passionate speech at the United Nations, where she urged the world to challenge extremism with education. Later that year, she published her first book, I Am Malala: The Girl Who Stood Up for Education and Was Shot by the Taliban.

Since then, Malala has continued her activism with renewed courage. She has spoken at Harvard University and met with world leaders, including Queen Elizabeth and Barack Obama. In October 2014, at age 17, Malala became the youngest person and only Pakistani to receive a Nobel Peace Prize. In her speech, she dedicated the award to “all the voiceless children who want change.” The following year, on her 18th birthday, she opened a school for Syrian refugee girls in Lebanon. At the opening, her first words as an adult were a call-to-action for world leaders to invest in “books, not bullets.”

With over 40 honorary awards to her name, Malala Yousafzai has become a messenger of peace and a leading spokesperson for girls’ right to education. Through her own non-profit Malala Fund, the devoted activist has funded education projects in six countries and keeps raising her voice to empower girls to become agents of change in their communities.

Today, Malala resides in Birmingham, UK, where she has been proudly accepted to Oxford University. There she will study Philosophy, Politics, and Economics to strengthen her influence and further her advocacy for education.

Throughout her youth, Malala has shown exceptional strength and courage in the face of terrorism. The attempt on her life only served to embolden her belief in a better, more equal world. Her voice has brought education to thousands of children and has inspired millions more. Malala Yousafzai is proof that age has no bearing in the fight for what is right, that anyone can and should raise their voice to improve the world around them.

Feeling hungry for knowledge today? Check out our article on the wisdom of Mark Twain. 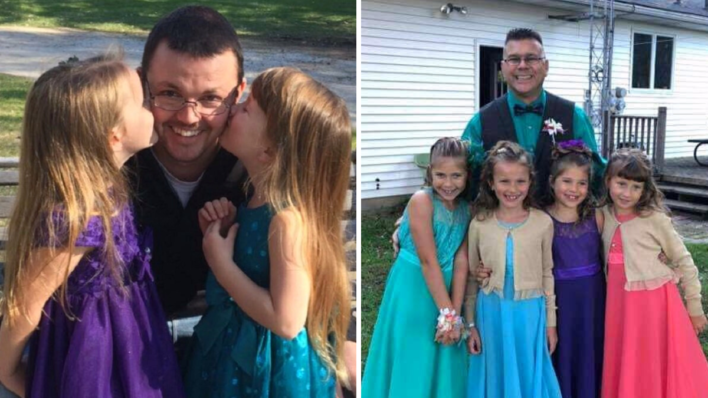