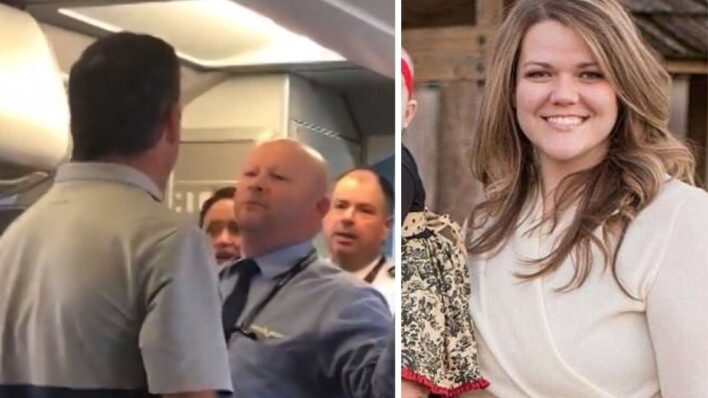 A man stepped in to save a distressed woman from an upsetting situation on a flight. Bad company Savannah Phillips
By Bryan Liquor    March 2, 2021

A man stepped in to save a distressed woman from an upsetting situation on a flight.

Savannah Phillips usually prefers to sit alone on flights. Being self-conscious about her weight, her “worst nightmare” is making others uncomfortable when sitting next to her.

However, on one particular United Airlines flight to Chicago, the 33-year-old mother of two had company.

A man in his 60s with bright yellow sunglasses sat next to her and, as he did so, took out his cell phone.

Describing what happens next, Savannah saw, in a large font and at full brightness, the following words on the man’s screen.

“Hey Babe, I’m sitting next to a smelly fatty”

The mean message immediately sent Phillips to tears as her worst nightmare is realized.

“I was shocked and it was like confirmation of the negative things I think about myself on a daily basis.”

To make matters worse, the pilot announced a 30-minute delay for takeoff, which for Phillips meant “more time I would have to sit next to this creep.”

Then, several minutes later, the insensitive passenger got a tap on the shoulder.

It was Chase Irwin, a father and fellow passenger traveling from Nashville who was seated in the row behind Savannah.

Having seen the text message and pain inflicted on Philllips, he told News Channel 5 he had to act.

When asked why Irwin replied “You’re texting about her and I’m not putting up with that.” The passenger quickly complied.

Thanks to Irwin, the remainder of the flight went smoothly as the two shared hugs and stories about their families.

“He encouraged me not to let that guy get to me and told me that everything was going to be fine,” said Phillips.

Not all abuse leaves bruises

Phillips hopes that her painful experience and Irwin’s noble actions are instructive.

We usually associate someone in danger with an accident or physical abuse.

Similarly, it also sometimes takes someone like Irwin to step in and save the day.