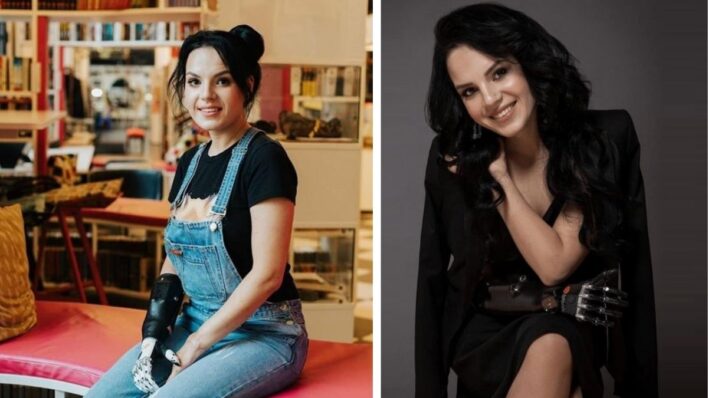 A woman who was disfigured and left for dead by her husband is on a mission to protect other women
By Bryan Liquor    March 22, 2021

A woman who was disfigured and left for dead by her husband is on a mission to protect other women in Russia.

Margarita Gracheva had been terrorized by her abusive husband Dmitri Grachev for months.

When she had finally had enough and asked for a divorce, he threatened her with a knife. That’s when a petrified Gracheva went to the police for help.

Unfortunately, in a country with no domestic violence laws, Gracheva was on her own.

In fact, in Russia, abusing your wife gets you the same penalty as double-parking, human rights lawyer Alena Popova tells CBC.

Just days after being turned away from police, Gracheva’s husband took his cruel revenge.

He bound and blindfolded her, then drove to isolated woods outside St. Petersburg. There, he savagely hacked off both her hands with an ax.

Eventually, Gracheva was rescued, but only one hand could be salvaged and reattached. Her other hand was donated, and it is a German-made prosthetic that enables her to do everyday tasks.

Yet despite the trauma, Gracheva had two good reasons to stay strong.

“From the beginning, I decided there is no sense to cry,” she told CBC. “I have two kids, and I have to learn to live in a new way and move forward.”

Her new high profile landed her a spot as co-host of Russia 1 Channel’s program “Blizkiye Lyudi,” or “Intimate People.”

The show invites abused women to tell their stories and obtain advice from psychologists, lawyers and the audience.

Sadly, they mostly describe a corrupt society that ignores their welfare.

Elena Verba’s is one example, she was attacked and left for dead by her police officer husband. When she attempted to press charges, his supervisors refused. The reason: It would cost him his pension.

“You really do get tired and worried about people when you hear their stories — it’s difficult.”

Change in the air

The road is long, but Grucheva’s efforts are paying off.

As a result, there are talks in the Duma – Russa’s parliament – of finally writing a domestic violence bill into law.

However, blogger Oksana Kravtsova says that change starts with the people, not politics.

“Organisers of the campaign fight for the adoption of the domestic violence law but as long as society thinks that abuse is acceptable, no law will work.”

One study claims that “three-quarters of Russian women will experience domestic violence from a partner at some point in their lives.”

Additionally, Russia’s human rights ombudsman said that calls to a domestic abuse hotline “more than doubled from 6,054 to more than 13,000 when the city of Moscow was locked down.”

It will be a long and difficult road to change the cultural views on domestic violence, but Gracheva is willing to risk it all.

“If knowing my face means more awareness of women’s suffering, then so be it.”

One abused woman in Russia is too many. One person staying quiet keeps us all in silence. However, one person with the courage to speak up can change the world.

So make sure to use your voice, women like Margarita Gracheva are counting on you.