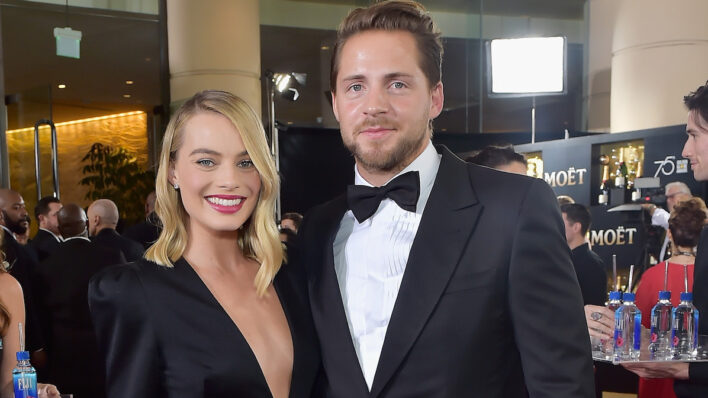 Margot Robbie and Tom Ackerley’s romance started when they were roommates in London and they had to keep it a secret from everyone else.
By Barbara Pavone    February 7, 2020

Margot Robbie and Tom Ackerley’s romance started when they were roommates in London and they had to keep it a secret from everyone else.

It’s not all that uncommon for friendships to turn into romance and rightly so. Starting out as friends can build a seriously strong foundation for a future relationship. But only if you’re not forcing things to proceed that way, and if you’re able to tune out the criticism that often comes with such a transition. Margot Robbie and Tom Ackerley are a star example of this concept.

Here’s what we can learn from Margot Robbie and Tom Ackerley’s relationship:

Friendship is a great catalyst for love

It all started in 2013 when a then almost unknown Margot Robbie was working on a World War II drama called Suite Française. The film starred Michelle Williams and Kristin Scott Thomas. Rather than mingling with the A-listers, Robbie chose to spend most of her time with the crew. In doing so, she built a real friendship with a number of the London-based talent. It wasn’t just a fleeting connection, either.

When her breakout role in The Wolf Of Wall Street brought her back to Britain for the flick’s UK premiere later that year, she and the crew met up… and made quite the impulsive decision.

As Robbie recalled in 2018, “We were like, ‘Wouldn’t it be funny if we all lived together?’ Someone said, ‘But you don’t live in London’ and I said, ‘I don’t live anywhere. I’ll move.”

And so she did. Just three days later, they had rented a place in Clapham and Robbie was so confident in the decision that she admitted, “I didn’t even see the place — I had to fly out to the Golden Globes three hours after we made the decision.”

The home they ended up in had three bedrooms to be shared by seven people: Robbie, her assistant, and five assistant directors from the movie. As she explained, “Obviously [assistant directors] get paid like sh*t. So we had to, ahh, fit quite a few people into a small place!”

What she didn’t know at the time was that moving into that house would change her life forever. That’s because one of those assistant directors was Tom Ackerley who would become her husband just two years later.

They didn’t allow drama to spoil their connection

As Robbie and Ackerley’s love began to bloom, they made the decision to keep it secret from their fellow roommates until they were sure. “We kept it a secret because we weren’t really taking it seriously,” Robbie admitted, noting their mentality was simply, “Oh, whatever, we’re just mates, we’re just mates.”

Despite their best efforts, however, the others caught on. “It was dramatic,” she recalled, adding, “I’m not going into the details, but sh*t hit the fan. Our house turned into The Jerry Springer Show for a moment there. But then the dust settled, and it was all good.”

The issue? An all-too-common fear that dynamics would change too much. “Everyone was, like, ‘No! This is going to ruin our group!’ And then it didn’t,” she elaborated.

Rather than worrying about maintaining the status quo or keeping their friends happy, the couple decided to do what was best for them and it turned out to be the right decision. It even resulted in Robbie doing something she wasn’t sure she would: getting married.

As she once told PORTER magazine, “I always thought, ‘Urrgghhhh, being married sounds really boring.’” The right person can change all that, though, and the pair said “I do” in a super secret ceremony in Robbie’s native Australia in December 2016.

Despite pursuing careers that take them around the world and often working together to produce films via their company, LuckyChap Entertainment, the lovebirds never let anything come in between them.

As Robbie told Whimn, “We don’t really fight. I know that sounds weird but we are not people who like conflict. We don’t need to yell at each other to know that we love each other. So, it’s pretty chilled in our house,” she continued. “We get along really well.”

So much so that they never spend more than two weeks apart. As she told PORTER,

Even if we both have to fly to a country in-between where we both are for one night, we’ll do it and then fly back to work the next day. Being married is actually the most fun ever. Life got way more fun somehow. I have a responsibility being someone’s wife, I want to be better.

Always be unapologetically true to yourself

In 2019, the young couple celebrated their third wedding anniversary. Their secret? In addition to their non-existent fighting, the pair has also always stayed true to themselves and embraced each other’s quirks.

As it turns out, two of Robbie’s biggest loves (outside of her husband, of course!) are ice cream and her childhood stuffed animal, Bunny. Facts that Ackerley has embraced, for the most part.

Recalling one of the most romantic things he’s ever done for her, Robbie told On Demand Entertainment, “When it comes to ice cream, I am deadly serious, and my husband knows not to mess around. He knows the brands I like.”

Once, actually, I came home after being away for ages and he’d filled the entire freezer with all my favorite ice creams. It was the most romantic thing. I was, like, you know me inside and out!

Bunny is a different story. Speaking with W Magazine, she admitted she likes to bring Bunny to bed, which Ackerley doesn’t fully embrace, but they make the best of it. “My husband always throws Bunny out of the bed because he obviously thinks it’s a tad ridiculous that I still sleep with Bunny,” she laughed. “Maybe he’s a little jealous that Bunny always gets priority place in the bed!”

Another of their secrets is keeping their love to themselves. First, they kept it from their roommates, then they had a wedding that was totally under wraps, and now, they still rarely shout their love on social media or make red carpet appearances together.

Always be open to the right connection

As Robbie and Ackerley show us, true love can blossom at any moment, even if you don’t expect it or initially notice it. It’s okay to have your reservations at first, but that doesn’t mean it’s not there. A real connection will be strong enough to overcome any self-doubt or criticism from the outside world. And even if it goes against what you initially believed (like Robbie thinking she wouldn’t ever tie the knot), it will overcome that too.