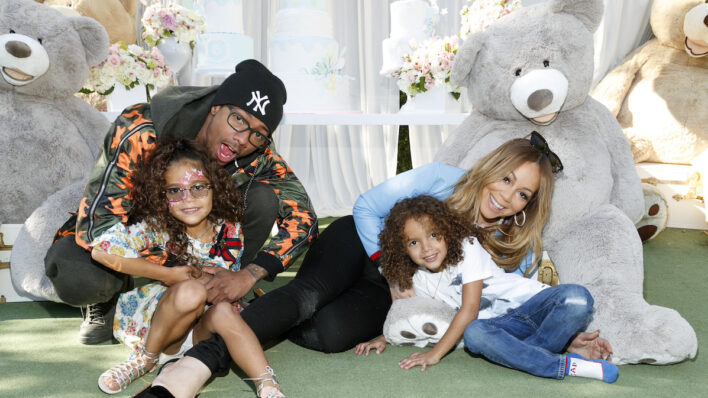 Mariah Carey and Nick Cannon prove that divorce doesn’t have to be a nasty affair. Here’s how they approached their new relationship as divorced parents.
By Barbara Pavone    July 10, 2020

Mariah Carey and Nick Cannon prove that divorce doesn’t have to be a nasty affair. Here’s how they approached their new relationship as divorced parents.

Mariah Carey and Nick Cannon took everyone by surprise when, in 2008, they said “I do” after just six weeks of dating. Speaking with People after their nuptials, which took place at Carey’s home in the Bahamas, Cannon revealed their relationship “was a love-at-first-sight thing. Since we’ve been together, we’ve been inseparable,” he added.

I don’t think anyone realized what we already knew — that we were going to get married.

In 2011, they welcomed twins Moroccan Scott and Monroe, but their fairytale wasn’t meant to last forever. In December 2014, Cannon filed for divorce and in November 2016, it was finalized. Since then, the pair has remained as close as ever, co-parenting their kids in a loving environment and proving that divorce doesn’t have to translate into animosity or a broken union.

Here’s what we can learn from Mariah Carey and Nick Cannon’s healthy split:

They made a pact to never compromise on happiness

It might seem like a bad omen, but Mariah Carey and Nick Cannon had a breakup plan from the very beginning. More specifically, they promised each other that they would never compromise on happiness or self-growth. If it came down to it, they would make the difficult decision to end their marriage rather than be trapped in an unsuccessful union and grow to resent one another.

As Cannon told Variety, they had no qualms about their shotgun wedding because they had talked out the best- and worst-case scenarios beforehand.

“We were both at this place where relationships really aren’t our thing but we like each other,” he began. “We talked about how much fun it would be if we just got married three weeks into knowing each other. It was more that whimsical fantasy idea of let’s have as much fun as we possibly can and when it no longer feels like fun, when it feels like a task and a job, then we should amicably be able to move on,” he explained. And they stayed true to their word.

Sharing the real reason behind their divorce, and confirming it had nothing to do with infidelity, Cannon told The Wendy Williams Show, “I feel like when two people are in a relationship, it should be about growth, right? It should be a situation where everyone’s becoming a better human being in the relationship,” he continued. “So when you get to a point where there’s no longer any growth and you’re not bettering each other […] I felt like it was probably best, especially for our children, since they’re the number one priority, if I could be the best human being and the best father from outside of that house, that’s what I had to do.”

They prioritized their kids, and a true friendship

Following their split, Mariah and Nick instantly agreed that they would always do their best for their kids. As the Masked Singer host told Variety, “It just made us say, ‘Let’s co-exist for the betterment of our children.’ We’re doing whatever we can to make sure their upbringing is as healthy as can possibly be and that we’re as healthy as we can possibly be,” he revealed. “And that’s where we are to this day.”

As he told Entertainment Tonight, co-parenting takes work, but it’s worth it. Admitting “it would be very easy to throw our egos in,” Nick assured “there is no bad blood” between him and his ex-wife. Calling her “one of my best friends in life,” he added, “When you come from a place of understanding and unconditional love for so many things, you can’t really go wrong.” When it comes down to it, “those children are the most important thing to both of us,” which is why “there will always be unconditional love and a great relationship” between him and Mariah.

And so, when Cannon and ex-girlfriend Brittany Bell had a baby boy named Golden “Sagon” in February 2017, there was no tension between him and the “We Belong Together” songstress. As Nick told The Wendy Williams Show, “[Mariah] was happy for me and the kids play all together and they visit. It’s all love.”

Just as importantly, the support is mutual. Asked how he feels about Carey dating, Nick told Williams:

Whatever she wants to do in her personal life, I support her. I just want her to be happy.

They supported each other then — and now

Opening up about the good parts of their marriage during a 2020 interview with Variety, Cannon revealed that one of their keys to success was unconditional support. While Nick has always worked hard for his entertainment career, he knew he’d never reach Mariah Carey status — and that was just fine.

“I always used to say it worked so well because it was a healthy balance,” he told the outlet.

I had no problem falling back. It was never a competition with me. It was like ‘I’ll turn mine off so she can turn hers on.’ I was comfortable in myself and who I was.

Nick went on to explain that his “ego outside the house was grand but in the house it was healthy. I was there to be in support of whatever she wanted to do. I mean, it’s Mariah Carey,” he said, gushing, “I can’t hold a candle to that woman.”

Just as important as their mutual support was the fact that they talked. “I can’t ever remember us having arguments and there being negative energy of ‘This isn’t working’ and all of that stuff,” all because they had “very sensible conversations.”

It’s been nearly five years since their divorce was made official, but Mariah Carey and Nick Cannon continue to enjoy a healthy, loving relationship with each other and with their kids.

They “talk every day” and all of the support Nick showed Mariah while they were married is still there. When Mimi revealed in 2018 that she had been diagnosed with bipolar disorder back in 2001, Cannon was there to support her through the media blitz. Telling Entertainment Tonight he was proud of her sharing her story, he admitted to being “in awe of her strength.”

Even when we were together I was in awe, but even on the outside looking in, it’s like, she does it with so much strength and so much beauty, you can’t argue with it, and she is going to help so many people.

While the Wild ‘N Out host joked in 2019 that he’d be happy to remarry Mariah — “Remarrying? He’s making this up. This is him being silly,” Nick told TMZ — it sounds like he’s sworn off marriage for good. “I don’t believe in marriage anymore,” he told Entertainment Tonight in 2020, explaining, “I don’t like doing things that I am not good at.”

Clarifying his comments on The Ellen Degeneres Show, Nick elaborated on his stance on marriage, saying, “I said I probably would never get married again because I’m still working on myself and trying to become a better man […] but if I had to, I already been there, I know what that’s like; I would go back home first before I would do it again.”

That’s not likely to happen, though. As he quickly added, “We have an amazing co-parenting relationship, our kids are so happy. It’s calm waters — let’s just keep it that way.”

It just goes to show that some couples are better off as friends, but that doesn’t mean they can’t continue to share in the love and respect they had for each other while they were married (or even just dating).

As Mariah Carey and Nick Cannon show us, it’s important to enjoy the happy times together while realizing that some journeys have to come to an end. And when they do, there’s no reason why you should wipe out the past, especially when kids are involved. All it takes is communication and a pact to always do what’s best for your family without sacrificing self-fulfillment.