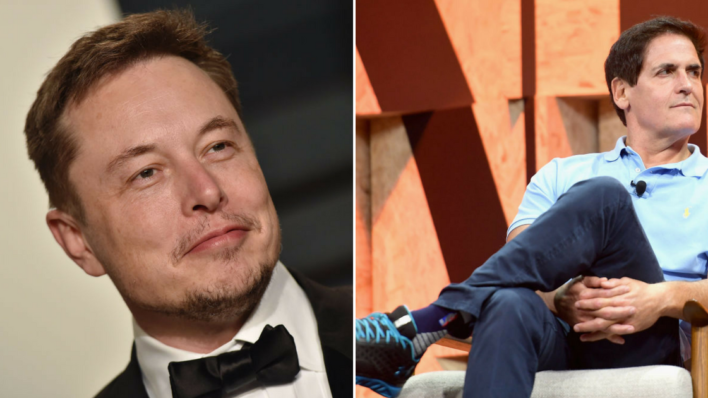 We all try our best. We want to look our best at work, at school, in our relationships, but sometimes
By Aly Walansky    August 20, 2018

We all try our best. We want to look our best at work, at school, in our relationships, but sometimes we don’t get the response that we were hoping for. This doesn’t change when we’re successful and wealthy. For example, Tesla CEO Elon Musk is getting criticism from a lot of followers and fans after sharing plans to take his publicly traded $60 billion car manufacturer private through a tweet on August 7.

Musk isn’t handling the criticism well, and often responds to critiques on Twitter. It’s getting too personal, considering that it’s really about a disagreement in how to handle a business. The problem, says another famous entrepreneur, is that Musk is taking all this criticism way too personally.

“He has to learn not to respond,” Mark Cuban said on CNBC’s “Halftime Report” Monday.

Cuban has been through this before, himself. “It happens to me talking about the Mavericks,” Cuban added of the Dallas NBA basketball team he owns.

Of course, all of us have feelings and it’s hard to distance ourselves from what we consider our greatest creation, especially since we all worry about expectations of failure.

RELATED: The Self-Growth Guide to Making Criticism Your Friend

Even for people who aren’t running large companies, Cuban’s advice to avoid the taking criticism personally is a wise one. We’ll always be challenged or criticized, but that doesn’t mean that other person is right, in fact it means we are doing something right because people are noticing what we do!

Of course, if your boss has some advice or feedback, you may want to listen.  Listening to constructive criticisms about your work is important too and a good way to grow.