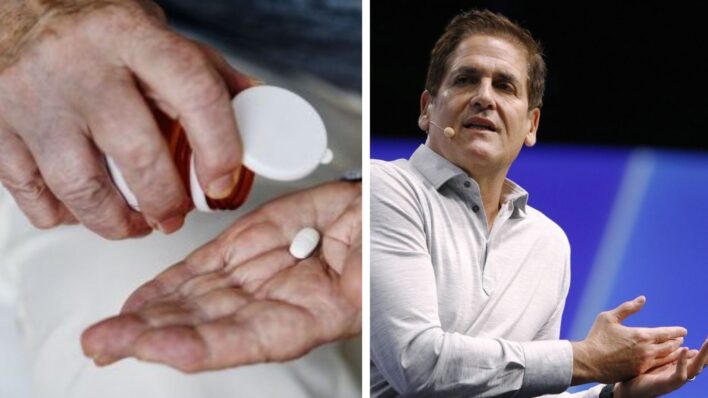 Big pharma has just awakened a dragon, and it should brace itself for Mark Cuban’s business skills. Harmful side effects
By Bryan Liquor    February 17, 2021

Big pharma has just awakened a dragon, and it should brace itself for Mark Cuban’s business skills. Harmful side effects

Big pharma has just awakened a dragon, and it should brace itself for Mark Cuban’s business skills.

It’s the same sad story: large pharmaceutical companies continue hiking up prices, forcing some patients to choose between essentials like health or food.

The poster boy of big pharma greed is Martin Shrkeli, the smug, imprisoned CEO of Turing Pharmaceuticals who infamously jacked up the price of the life-saving drug Daraprim by 5,000%.

“I had patients have serious injuries from the high cost of drugs, which should have been very cheap. I’ve been angry about it for a long time.”

Determined to do something to combat exploding prices, Oshymansky started his company: Osh’s Affordable Pharmaceuticals.

Yet Dr. O knew that to compete against goliaths, he would need a like-minded, affluent and influential ally.

Oshymansky reached out to none other than Dallas Mavericks Owner and ‘Dragon’s Den’ investor Mark Cuban for help.

It turned out that Cuban shared Dr. O’s outrage at spiking med prices.

“It’s ridiculous what the pricing for generic drugs is. Period end of story”

With that, in dragon-speak, Cuban was in.

The company was renamed Mark Cuban’s Cost Plus Drug Co., with a mission to provide low-cost generic drugs with radically transparent pricing.

The partnership allows Oshymansky to buy drugs from wholesalers, take care of the packaging and sell the affordable products to pharmacies and clinics at only a flat 15% markup.

The company’s price transparency allowed them to lower the cost of anti-parasitic medication albendazole from its normal range of $225-$500 down to just $20.

That means patients can have their meds and eat too.

If big pharma hopes Cuban will slow down on this price slashing, the dragon is just warming up.

“This is our first step towards taking on the pricing of generic drugs,”, he tells Bloomberg. He’s aiming to introduce over 100 drugs by the end of 2021.

Cuban’s actions send an encouraging message that when it comes to business, you can put people first and still profit.

“I put my name on it because I wanted to show that capitalism can be compassionate and to send the message I am all in.”

Whether it’s life-saving medication or a small daily action, we should all, like Cuban, fight for what we believe to be right and be the change we want to se in the world.