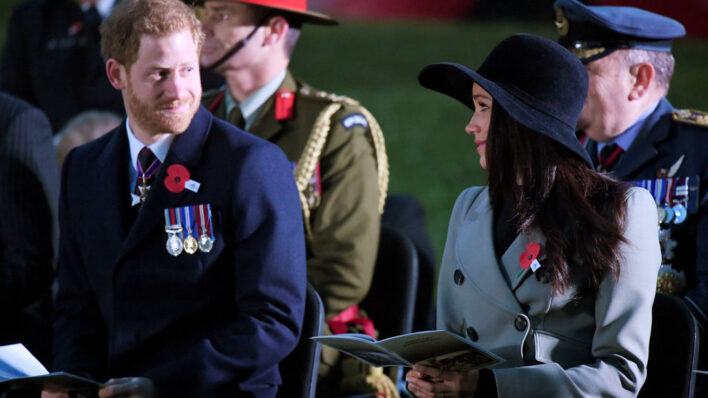 With only hours left until the royal wedding of Prince Harry and Meghan Markle, we are devouring every little detail
By Eliza Theiss    May 18, 2018

With only hours left until the royal wedding of Prince Harry and Meghan Markle, we are devouring every little detail regarding the social event of the year.

But instead of the drama and frenzied tabloid insanity, we’re taking a look at Meghan and Harry’s refreshingly authentic relationship and nuptials, especially when it comes to Markle’s trailblazing position.

Flipping tradition on its head

One of the most obvious differences between this royal wedding and that of William and Kate is the lack of politics, both foreign and domestic. Although the 600 people are expected to attend the service at St. George’s Chapel, that number is still a far cry from Kate and William’s nearly 2,000 church guests. In fact, Saturday won’t be a national holiday in the U.K., as the couple has chosen to define their nuptials as a family affair.

Not only will there be far fewer guests, they will overwhelmingly include personal friends and close family members. Few foreign royals or members of Britain’s political class are expected to attend. Those who have scored an invite have done so only because they have a personal relationship with the couple, such as Prince Seeiso and Princess Mabereng of Lesotho, who have worked alongside Prince Harry through his Sentebale charity since 2006, The Sun reported.

Royal expert Tina Brown, who’s covered three royal wedding so far, has touted the nuptials as the “most joyous” global audiences have yet to witness, drawing similarities between Meghan and Harrys’ wedding and that of Diana and Charles.

Meghan and Harry’s union brings an opportunity for unfettered celebration and happiness to deeply divided post-Brexit Britain and a world dominated by strife and resentment.

Markle is choosing to remain true to her authentic self, and it’s inspiring others

However, global audiences are most excited to see Markle, a bi-racial divorcee, enter the British Royal Family, marking two firsts for what is one the most conservative establishments in the world. The former actress is also brining a fun and young flair to the event, with celebrities such as Elton John, Serena Williams and all of the Spice Girls attending the nuptials.

Markle, a self-made woman, is seen is a major inspiration to younger generations, who feel less of a connection to the British monarchy, often viewing it as a stuffy, old-fashioned institution. Outspoken about her beliefs, such as the importance of feminism and humanitarian outreach, Markle is seen as a true role model for women and girls.

18-year-old Sabrina Nagy, a student of Markle’s L.A alma mater Immaculate Heart High School, told ABC News: “It gives us a role model to follow. To go out into the world and do the best you can to help others, just like Meghan Markle is doing, and find romance along the way.”

A student at the same school, 14-year-old Megan Sabocor spoke to the same source about Markle’s importance as a feminist icon that goes against traditional portrayals of princesses, and women in general: “Disney Princesses you see being saved by men, but personally I felt the prince chose [Markle] not because of her beauty, but because of her intelligence, her independence, everything in general,” with classmate Catherine Alejo echoing the sentiment “She doesn’t need to be saved.”