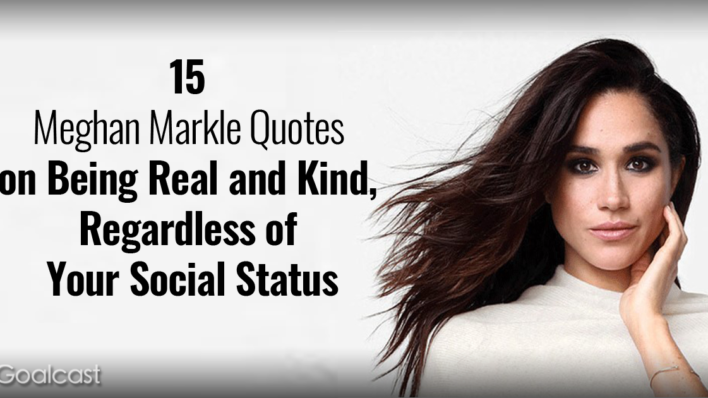 15 Meghan Markle Quotes on Being Real and Kind

Since she was named the most Googled actress of 2016, Meghan Markle doesn’t really need any further introduction, but we’ll
By Flavia Medrut    March 8, 2019

Since she was named the most Googled actress of 2016, Meghan Markle doesn’t really need any further introduction, but we’ll go on by saying that she is a former American actress and currently the Duchess of Sussex.

Meghan Markle was born to a Caucasian father of Irish origin and an African-American mother. Growing up in a mixed-race family made it hard for Markle to book a job, as the movie industry is known to be label-driven. Apparently, she was not black enough for a black role and neither was she white enough for a white one.

However, she eventually made a name for herself in 2011 when she landed the main role of Rachel Zane, on the USA network series Suits. And, yes, upon her marriage to Prince Harry she realized the biggest dream of most girls on the planet.

While many of you might think that this is her biggest accomplishment, you should know that Markle has always been vocal about standing up for women’s rights, long before becoming a Duchess, she’s a global ambassador for World Vision and continues to empower people around the world.

Here are 15 Meghan Markle quotes on being real and kind, regardless of your social status.