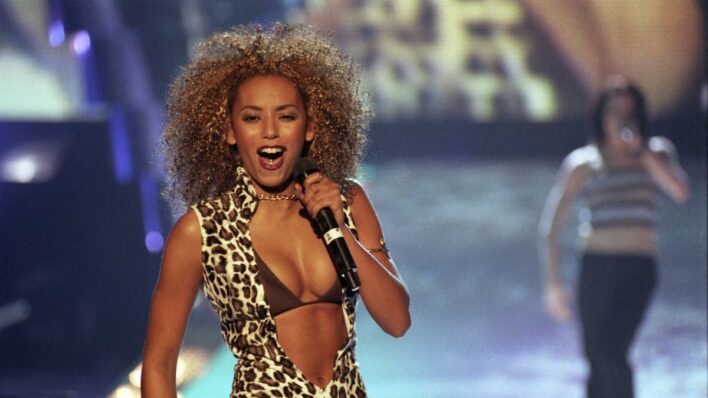 What Happened to Mel B? The Scary Spice Who Lived In A Scary World

Mel B was an integral part of the 90s girl group, the Spice Girls but behind the scenes of her celebrity, she went through terrible hardships.
By Shaoni Das    July 9, 2020

Mel B was an integral part of the 90s girl group, the Spice Girls but behind the scenes of her celebrity, she went through terrible hardships.

As a beloved member of the Spice Girls, Mel B was one of the most ubiquitous faces out of the nineties. Much like the girl group itself, she was charming, fun, rambunctious and immensely confident, at once becoming an idol for young girls all across the globe. The Spice Girls were one of the most recognizable symbols of “girl power”, if not its defining force.

Yet, as the group gradually declined and broke down over the years, so did Mel B’s fame. Some of it can be attributed to the fleeting nature of celebrity. But a lot of that has to do with the struggles that took place in Mel B’s life when no one was watching.

A long-term abusive relationship, a deadbeat baby daddy, single parenthood, suicidal tendencies, addiction — all of which played a part in considerably affecting Mel B’s mental health. As the press continued to dog her with questions over potential Spice Girls reunions, she suffered in silence and let no one see the realities in her life.

But it’s worth noting that she’s still been maintaining a relatively well-known and successful career, post-Spice Girls. With stints on The Voice Australia, Lip Sync Battle, two versions of the X-Factor, America’s Got Talent, Mel B is still working hard in showbiz. So the question shouldn’t be: what happened to Mel B? It should be: what it took out of Mel B to remain presentable while her personal life was falling apart?

Though she’d been married before, nothing could have prepared Mel B for the horror show that was her second marriage. Following a five-month courtship, Mel tied the knot with producer Stephen Belafonte in 2007.

What transpired in the next ten years almost certainly became the source of all other challenges in Mel’s life. In her tell-all memoir Brutally Honest, the singer doesn’t hold back from detailing the cycles of abuse she’d been put through by her husband.

My life was a sham. Behind the glitter of fame, I felt emotionally battered, estranged from my family. I felt ugly and detested by the very man who once promised to love and protect me, my husband and manager, Stephen.

The abuse took place on a mental, physical, and financial level. Mel’s said that it was mostly done in a “passive-aggressive” way in that she couldn’t even put her finger on what was occurring. And if she did, she would find a way to blame herself, as is customary for many survivors of abuse. From punching his wife with a closed fist to recording their sexual activities without her knowledge, Stephen took to torment his wife whenever he wasn’t getting his way.

Regarding the sex tapes, he’d blackmail her often by threatening to release the sex tapes to the media and have her career ruined. He’d often pressure her to participate in threesomes as well. She said she may have preferred them in the beginning but soon it became too much for her. He’d taken over her finances under the pretext that she was too “busy.” Bit by bit, things were getting charged to her credit card.

Through it all, Mel began feeling more and more isolated. She felt “cut off” from family and friends and had gone months and years without speaking to some of them. Stephen made it so that even her kids would be living four-storeys below her bedroom in many of their residences.  So she felt like she couldn’t even bond with her children.

The abuse drove Mel towards cocaine addiction and a suicide attempt

In 2014, the trauma of her suffering overwhelmed Mel to the extent that she didn’t hesitate before trying to kill herself. She downed a whole bunch of pills and was ready to leave the world. But in the nick of time, she remembered her three daughters and realized that she couldn’t go through it.

In the hospital following her suicide attempt, Mel looked her oldest daughter, Phoenix, in the eye and promised herself that she would never do anything like that ever again. She told herself that she had to make her “life count.”

Of all the memories from all those hours, it is the one that still floors me… it’s like a knife through my heart… It was the saddest moment of my life…It will always live with me. All I ever want is for [Phoenix] to know how sorry I am, how lost I was and how I will never, ever abandon her again.

Mel didn’t just have to conquer suicidal thoughts to have the strength to finally leave Stephen. Over the years, she’d also developed a powerful addiction to cocaine. She admitted to snorting at least two lines of cocaine per day just so she felt like she could get through the day. The addiction really ramped up as she secured a judging gig on X-Factor.

Most of the time, getting up and working, and then spending the time with my daughters, was enough to keep me going…But a few weeks into filming, I could feel I was starting to sink. I could feel the dark cloud of depression descending. I didn’t want all the crap in my life to get in the way of the job I wanted to do, and knew, I was doing really well. So, as insane as it may sound, my quick fix answer was cocaine.

Even though she knew it was wrong, she still ended up doing it, which subsequently kept affecting her mental health. But like most things, it became part of a routine for her, so she used it like it was an indispensable item.

Eddie Murphy impregnated her but abandoned her during the birth

This was a pairing that came out of nowhere. Shortly before meeting Stephen, Melanie was in a relationship with famous comedian Eddie Murphy. In her book, Melanie described him as the love of her life and that he’d made her “happier than any man” she’d met before.

She was over the moon when she found out that she was pregnant with his child. However, something occurred between the couple and they went their separate ways, although Mel didn’t see it as a permanent break-up. Afterwards, Eddie reportedly told people that he and Mel weren’t together anymore and that he didn’t think the baby was his.

A paternity test later proved that Mel’s second daughter, Angel, was in fact Eddie’s. He’s since become a significant part of his daughter’s life but it definitely took years.

Eddie is now a huge part of our daughter Angel’s life. I was devastated for so many reasons. I loved Eddie and I lost him. I am, deep down, a romantic, and — you may be surprised to know — I am also a traditionalist. It killed me that my daughter would not have a father.

Mel was broke but “happy” when she left Stephen

Mel didn’t immediately leave Stephen after her suicide attempt. It took a couple of years and a nasty legal battle but things worked out in her favour because she was finally free of a man that abused her for years.

When I left Stephen, I walked away with nothing but $936 in a bank account (the only one I had access to) and suitcases full of clothes, books and toys. I didn’t care. I was happy. My kids were happy.

Today, she’s recuperated financially and has become a staunch advocate against domestic violence and sexual assault. For the longest time, she felt like she had no confidence, no power, no grit — all of which made her a living icon back in the day. But Scary Spice never lost sight of what mattered — her daughters. Breaking free of that traumatic marriage was hugely consequential for the singer. All she hopes is that other women get the same chance to break out of those chains just as she did. That they too find their voice and speak up against abuse.

Keep sight of people who need you the most

Mel B’s complicated domestic life in the past decade or so illustrates how important it is to keep your loved ones around. Feeling isolated and empty will push you deeper and deeper into bad habits that will only wreck your life. Mel B thought of her daughters in her darkest moments and found the courage to fight for her life. Despite what it took out of her, despite the months of torture that met her in the time ahead, despite the complicated legal proceedings that left her financially devastated.

Those are the people that you need to keep sight of as you go through your darkest moments. Don’t be afraid to seek help from them because everyone’s going through a hard time. At the end of the day, no person is an island. So if you can’t make positive decisions for your own sake, do it for the sake of your loved ones.