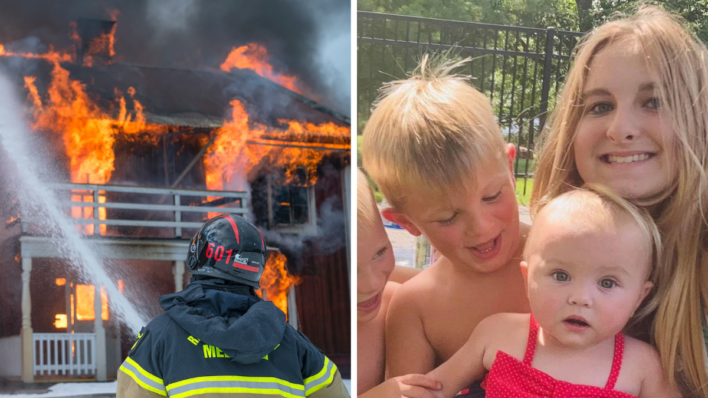 A single mother of four put her life on the line to rescue her children.
By Sophie Babinski    January 1, 2022

A single mother of four put her life on the line to rescue her children.

House fires are extremely dangerous and a nightmare for mothers everywhere. One single mom of four lived through this story, and survived thanks to sheer will.

Mikala Vash, a single mother from Michigan, ran into her burning home to rescue her children, risking her own life. Without waiting for emergency services to arrive, she gritted her teeth and did what it took to save her 6-year-old son, who was stuck in the house. The firefighters who eventually got the scene, Lt. Derek Klink and Captain Scott Basar, called the incident “the most heroic thing [they’d] ever seen”.

“She was burnt over 60% of her body and she has both 1st, 2nd, and 3rd-degree burns,I would expect no less from her. She has always been a spitfire, she is extremely determined. It didn’t surprise me at all. As I understand, it was an inferno and she just braced herself for it until she found [her 6-year-old son].”

Unfortunately, Mikala and her six year old son were severely burnt in the fire, and had to have surgery and be hospitalized. Mikala was hooked up to tubes and unable to speak. Because of this, her community decided to tell her story and rally around her to help. Bryanna Klink, the firefighter’s wife, liaised with Mikala’s mother Susan Sutton to start a GoFundMe to help the family. On the GoFundMe page, she explained how heroic Mikala’s actions had been, and how her young children were so vulnerable and needed help. The touching story had an impact: $247,000 was raised for the family in only three weeks.

The maternal instinct is one of the most powerful in the world. Just like you would be no match for a mama bear who senses her cub is in danger, this fire was no match for Mikala. Her heroism and love for her children is a force as strong as any weapon.