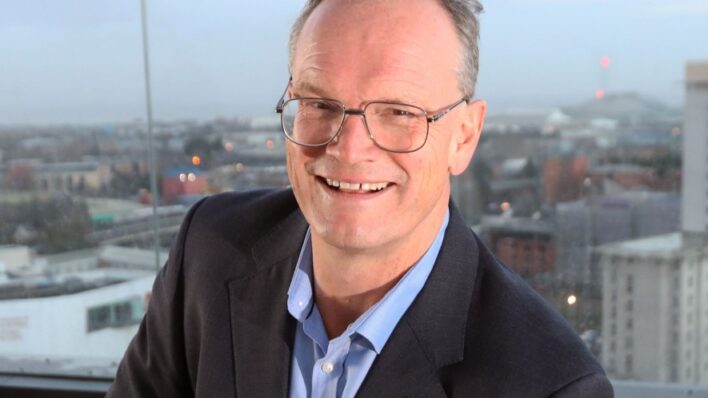 Most bosses get a retirement gift from their staff in the form of a ‘thank you’ card. Rarely do bosses
By Joel Balsam    December 11, 2020

Most bosses get a retirement gift from their staff in the form of a ‘thank you’ card. Rarely do bosses give something concrete to their staff when they call it quits. But one CEO did, and it’s a great reminder of the importance of giving back.

Wales-based Admiral started with a staff of just 57, calling people up on the phone to see if they wanted car insurance.

That was back in 1991 and since then the company has grown exponentially.

Earlier this year, CEO David Stevens, who started the company with his wife Heather, decided to retire at 58 and had a surprise for his staff.

Stevens made headlines when he announced that he’d give his employees £10 million ($13.7 million) as a ‘thank you’ for all the hard work they’ve put in over the years.

Stevens told the BBC he was “proud and fortunate to have worked with such a special group of people.”

“Saying thank you to all Admiral staff in this way is the right thing to do,” he added.

“Their hard work and dedication has allowed Admiral to grow from a start-up to over 11,000 staff worldwide,” Stevens said. “And all of this while remaining a great place to work.”

“Thank you from myself and my wife to everyone at Admiral.”

The importance of giving back

We so often hear about amazing startups and CEO success stories — but no one does it alone. It takes the help of all kinds of people to get a company to the top, especially from the dedicated employees who work hard to make it happen.

It’s so wonderful to see CEOs like Stevens and Matt Moulding of The Hut Group — who recently shared $1 billion in profits with staff and frontline workers — realize the contributions of the people who helped them along the way.

As writer and philosopher G.K. Chesterton said about gratitude: “I would maintain that thanks are the highest form of thought; and that gratitude is happiness doubled by wonder.”