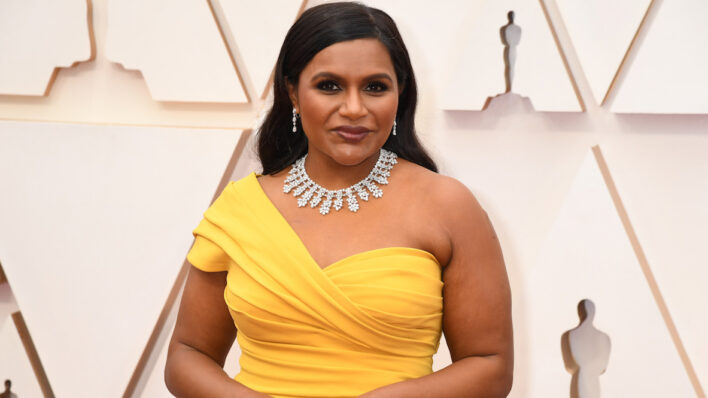 Mindy Kaling Reveals The Powerful Reason Why She Hid Her Pregnancy

Mindy Kaling is a comedy queen, known for her roles in The Office and The Mindy Project. Offscreen, Mindy took the world by surprise after announcing that she had kept her entire pregnancy a secret. She reveals the powerful reasons why she chose to do that.
By Shaoni Das    October 13, 2020

Mindy Kaling is a comedy queen, known for her roles in The Office and The Mindy Project. Offscreen, Mindy took the world by surprise after announcing that she had kept her entire pregnancy a secret. She reveals the powerful reasons why she chose to do that.

In this day and age of celebrity worship, it’s nearly impossible to keep major life events under wraps. Yet writer-actress-producer Mindy Kaling managed to do it anyway. On Friday, October 9, Mindy went on The Late Show With Stephen Colbert and told the world that she had given birth to her son Spencer in September.

Not only had the birth taken place without anyone’s knowledge but not a single soul outside of Mindy’s inner circle even knew about the pregnancy. A celebrity going through pregnancy and the subsequent birthing process without the media’s invading presence is downright unheard of, especially in 2020.

Mindy’s choices with regard to motherhood, parenting, and her private life speak volumes about her approach to fame. Since giving birth to her daughter Katherine in 2017, the actress has been thoroughly careful about exposing her daughter to the vicious gaze of the paparazzi and even her own fandom.

Her approach to parenthood and social media tells us how we ourselves can be more thoughtful and kind when sharing our experience online for everyone to see. Life is just a series of moments, both small and big, and how we decide to share some and leave others out can have ramifications on our mental health and social relationships.

In the interview with Stephen Colbert, Mindy revealed the big news and even hinted at why she chose to keep the whole journey a secret. She said that recent events in the world had kept her from telling the entire world. She said:

There was so much going on and so much heartbreak in the world that it felt strange to go out of my way to shine a light on some giant health information.

Mindy also said that the fact that everyone was in quarantine and holding meetings over Zoom made the process so much easier. She didn’t need to leave her house as much, and she was able to keep her head down and focus on her pregnancy as much as she could. A source also shared that Mindy had decided to unveil her pregnancy in the Met Gala but since that was cancelled, it became that much easier to keep the whole thing hidden from the world.

She also said in an Instagram post following her Colbert interview that she was so grateful to the essential workers.

Being pregnant during the pandemic was a little scary, but it made me appreciate all the doctors, nurses and medical professionals who continue to work tirelessly giving treatment to those who need it, putting their own lives at risk.

If you closely examine Mindy’s personal life, you will notice that the actress is fiercely private about many aspects of her children’s’ lives. She’s never told the public about the identity of her older child Katherine’s father, and she hasn’t shared a single detail about Spencer’s father, either. Back in 2019, Mindy talked about why she’s chosen to keep mum about Katherine’s father. She said:


My feeling is that until I speak to my daughter about that, I’m not going to talk to anyone else about it.

The actress also discussed the boundaries she’s set in her life when it comes to social media use. In her opinion, there are boundaries that need to be drawn, and when it comes to her children, she will not cross them. It’s especially jarring, she said, that she’s seen as someone who’s generally very forthcoming and honest about her life, whether through social media or her semi-biographic work, so to see her protect her personal life so seriously is indeed surprising.

Not only does she refuse to tell the world about the father of her children but Mindy also never reveals her children’s faces in social media posts either. In explaining her decision, she said:

I’m on social media and like sharing with people what my interests are and how my day’s going and all of that, but I do feel entitled to have privacy about my daughter and my relationships. It’s really essential to my life that there be something not everybody knows about. That’s a boundary, but it’s a very small boundary. Everything else I really don’t have any issue sharing.

She feels so much “gratitude” about being a single mother

The revelation coincides with the release of Mindy’s new book of essays called Nothing Like I Imagined (Except for Sometimes). The book chronicles her experiences as a single mother, her emotions leading up to the birth of both Katherine and Spencer, and how she feels about being single and independent.

One of the biggest points of anxiety Mindy had felt when pregnant with Katherine had been her fear that she was doing it all without her own mother. Her late mother’s absence has been felt by Mindy the whole way through, which is one of the reasons she’s chosen to raise her kids “Kind Of Hindu,” so they could retain some connection to their grandmother, to their heritage, and their culture.

Society, despite all the progress that has been made, is still skewed towards married, partnered women with children — not single women. Mindy has felt the same sort of struggle and there continue to be reminders in daily life about the “need” for a potential husband in her life, such as when there are mentions of fathers in kids’ books or when she’s alone at a party.

But overall, Mindy couldn’t be happier about being a single mother and getting to make the parenting decisions in her children’s lives. She said:

I save a truly staggering amount of time not having to run my parenting decisions by another person. Good or bad, I can just, like, quickly make a decision and move on with my day.

Other advantages to being single, per Mindy Kaling? No in-laws, no fighting over the remote, freedom over who she chooses to sleep with, and more. But the actress hasn’t ruled out dating. It’s a “complicated” thing for her, and she still pursues it from time to time.

Sometimes [dating’s] the most liberating and lucky feeling in the world.  Sometimes I am just so grateful to be an independent woman doing what I want, when I want, that I could cry with gratitude.

Social media has trained us to document a lot of essential details in our lives. From engagements to weddings to pregnancies to anniversaries, these life events are big, memorable experiences in your life. But always ask yourself whether you feel like you need to or you actually want to. If you want to, that’s great and there’s no force in the world that should stop you. But you should never be under the pressure of absolutely having to share those big moments as if getting those likes and comments somehow enhances the beauty of the experience.