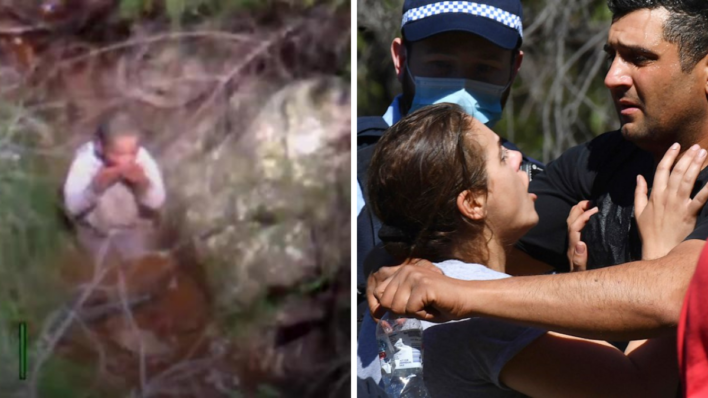 The pure elation that this family must have felt is indescribable. Lost for 4 days It was a manhunt that
By Joel Balsam    September 13, 2021

The pure elation that this family must have felt is indescribable.

It was a manhunt that had all of Australia on edge. Three-year-old Anthony “AJ” Elfalak had gone missing from his family’s rural home, prompting a search that involved 385 people, The Washington Post reports.

AJ’s mother, Kelly, thought the boy — who is on the autism spectrum and is unable to speak — had been kidnapped and a family friend agreed, but police didn’t issue an Amber Alert. They thought something else must have happened.

By the fourth day, it was looking less and less likely they’d find AJ.

“Some of the searches we don’t have good outcomes, and we were getting to a timeline with this one that was sort of starting to fade,” Special Constable Kevin Drake, a helicopter pilot with the New South Wales police force’s aviation-support branch, told news outlets.

An indescribable feeling of relief

The Elfalaks live on nearly 700 acres of property that backs up on a “maze” of canyons, cliffs, and bushland. Spotting the boy through this terrain was an extremely tall task, especially considering he couldn’t yell to let them know where he was.

But at 11:30am on the fourth day of the search, Special Constable Drake spotted AJ drinking water from a muddy puddle.

“I couldn’t believe it, actually,” Drake told reporters on Monday.

“It was a really good feeling.”

On Instagram, Good News Movement shared the incredible moment when the Elfalak family heard the news.

After being examined by doctors, AJ appeared to be “remarkably” healthy, with only cuts on his lower legs and a diaper rash.

It is believed that he survived by drinking muddy water, and may have also hidden in a wombat hole to save him from the freezing cold rain that fell while he was lost.

State Emergency Service Chief Inspector Simon Merrick reportedly said the moment AJ was rescued was truly unbelievable. As the rescuer walked over and put his hand on his shoulder, AJ “turned towards him with a massive smile on his face that he will not forget.”

For the Elfalak family, all hope must have been lost. How could a toddler survive in such rough terrain, especially one on the autism spectrum?

But thanks to a tremendous search effort, he was found. Who says miracles don’t happen in real life?