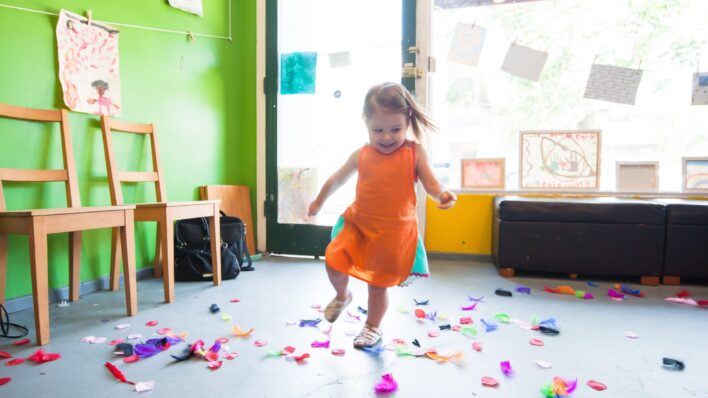 This Alternative Education Method Can Help Close the Income-Achievement Gap

Ever since I was little, my mom talked about the amazing experience she had attending a Montessori school. I can’t
By Matt Valentine    March 28, 2018

Ever since I was little, my mom talked about the amazing experience she had attending a Montessori school.

I can’t remember much in the way of details, but I always remember her mentioning the freedom and unorthodox structure of the teaching. She always said it had a big impact on her education. Well, it looks like there really was something do that.

According to a recent study published in scientific journal Frontiers in Psychology, Montessori schools very well may be the missing piece to close the income achievement gap, offering a way for those born into poverty to break the cycle for good.

I learned to read at two. I was in a Montessori school and they teach you to read really, really young.

What is a Montessori school?

What exactly is a Montessori school, you ask?

Montessori schools use a method of education created by Dr. Maria Montessori. It is built on science-based observations of children all the way from birth until adulthood.

The best way to describe it is that it’s a more child-centric method of education that takes into consideration every child’s unique method of learning and experiencing the world.

Let’s face it, we’re all different, and one single blanket system of education is going to be great for some of us and not so great for others.

There’s a lot that goes into making a Montessori school a Montessori, but the primary aspect of Montessori education is that students are free to discover and choose what activity they work on based on several pre-decided options. Everything is laid out in a very specific way, and a trained Montessori teacher helps those students based on the areas each child wants to explore.

A recent study out of the University of Virginia has uncovered some interesting findings on the potential of Montessori education to help those born into low-income areas break the cycle of poverty and realize a level of education that is on par with children from high-income areas.

For the study, professor Angeline Lillard and her colleagues studied children across four different groups in Hartford Connecticut:

Here is how Lillard explained the process:

We had 71 children in the control [public/private school] group and 70 children in the Montessori group, most of whom were tested at four time periods longitudinally, starting the first semester that they entered the preschool,

The researchers tested the 141 children’s abilities in different areas: reading, math, social skills, persistence, and even self-regulation. The study lasted an astounding three years and followed the same students from ages three to six.

In the beginning, nothing out of the ordinary. The entire group of students scored roughly the same. However, as the years went on, an interesting gap started to form:

“If you look at what happened with low-income control children in non-Montessori schools, relative to the other children, they start low and get lower, doing worse over time,” says Lillard.

Lillard goes on to mention that if the researchers had done a fifth evaluation, the low-income Montessori group would have scored similarly to the high-income group. In fact, the study found that students in Montessori programs just did better compared to students in public school programs.

But why is this all important, and what does it have to do with the potential for Montessori education to close the income achievement gap?

Lillard’s conclusion says it all:

We have persistently failed to figure out a way to help people who are born into poverty more reliably get out of that situation. Education is widely heralded as the best possible way, and yet our conventional school systems don’t seem to be a lot of help.

You see the cycle of poverty over and over again…People who are born into it, stay in it; if we could find a different way to school children that could make a difference, we might be able to make some headway on this age-old problem.

Feeling hungry for knowledge today? Check out our article on the wisdom of Mark Twain.