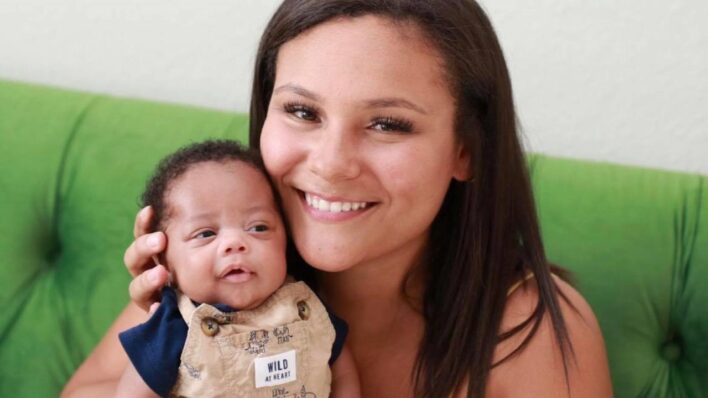 This Nurse Delivered a Baby Boy — Then She Took Him Home

When this NICU nurse helped deliver a premature baby boy, she quickly grew to love him. Upon discovering that he needed a home and a mother, she stepped up.
By Aly Walansky    September 17, 2019

When this NICU nurse helped deliver a premature baby boy, she quickly grew to love him. Upon discovering that he needed a home and a mother, she stepped up.

Claire Mills is a young woman in her twenties who works a difficult and intense but incredibly important job. She makes her living working 12-hour nursing shifts in the neonatal intensive care unit at a Texas hospital.

Being around struggling babies can be emotionally tough, but Mills does it because she cares about each and every one who comes through the NICU. However, one particular baby caught ahold of her heart and the young nurse found she couldn’t let go.

Everything changed when she met Jackson

Baby Jackson was born 5 weeks early and weighed just 3 pounds and 10 ounces. “It was an instant connection I felt with him,” Mills recalled of the delivery when she spoke to Inside Edition.

Jackson’s birth mother had an emergency cesarean section and he spent the first weeks of his life in the NICU, where Mills took care of him. Mills also became close to the mother, who was not doing well.

Ultimately, mother and baby both grew strong enough to be released, but Mills was devastated to discover that they were discharged on a day she wasn’t at the hospital. Mills reached out to the baby’s social worker and found out that, though Jackson’s mother was out of the hospital, she still needed help: in the form of a new home for her baby.

The mom didn’t have the means to give Jackson the upbringing he deserved, and asked Mills to be the one to give him that upbringing.

Though construction on her new home had just finished and being a single mother wasn’t on her radar, Mills knew what she had to do. But how was she going to pull off being a NICU nurse and a mother, all on her own?

Mills discussed adopting Jackson with her own mom

“She was immediately ecstatic,” Mills recounted, laughing. A leftover crib from one of her siblings was still in the house and her mother quickly offered it for Jackson to sleep in, along with help caring for her future grandson.

And so it was decided that Mills would begin adoption proceedings to make Jackson her son. The idea of trying it out as a foster parent first was suggested, but “I just felt like fostering wasn’t permanent,” Mills said. “Because I didn’t want to give him up.”

The new family started a new routine. Mills works four 12-hour shifts each week and Jackson stays with her mother during that time. Mills visits him each day before she heads to the hospital. He comes home with her for the remaining three days of the week.

Mills feels so rewarded she was able to help this helpless infant who got such a rough start in life. “It’s not normal to see something that’s supposed to be happy turn out to be so bad,” she said. However, it was this circumstance that gave her Jackson.

The new mother’s generosity is a great reminder that anyone’s life can be turned around when they recognize an opportunity to do good — and seize it! In doing so, Mills not only enriched the life of her new son, but also her own.