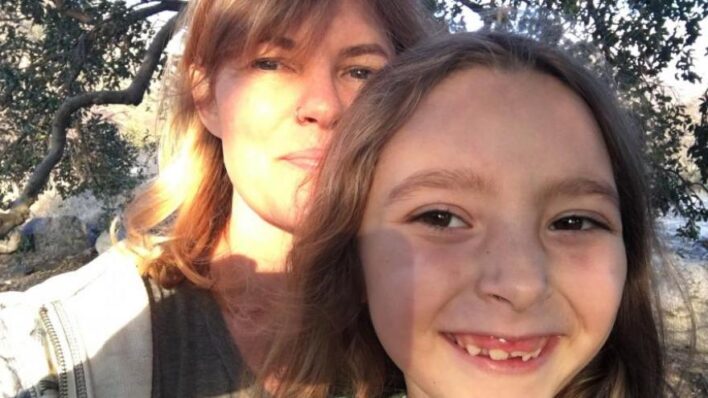 After This Woman Adopted a Newborn Baby, She Gave Shelter to Her Daughter’s Homeless Birth Parents

When going through an adoption, the birth and adoptive parents often make a concerted effort to keep their lives separate,
By Aly Walansky    April 9, 2019

When going through an adoption, the birth and adoptive parents often make a concerted effort to keep their lives separate,

When going through an adoption, the birth and adoptive parents often make a concerted effort to keep their lives separate, to avoid creating a confusing situation for the child. There are exceptions, of course, and one such exception even resulted in a beautiful act of generosity.

In 2013, Vanessa McGrady discovered her 2-year-old daughter’s Grace birth parents were homeless and living on the street. She reacted in a way that many others might not – she invited them to move in with her family.

McGrady and her husband, Peter, actually met their daughter’s biological mother a few days before she gave birth and found out that they had much in common, like a love of music. After the birth, Grace’s birth and adoptive parents continued to communicate online.

McGrady was separated from her husband, and she discovered that her daughter’s birth parents had become homeless. It was then that McGrady made her unconventional choice, and later wrote about their life together in her book, Rock Needs River: A Memoir About a Very Open Adoption.

“When it became winter, it was really rainy and stormy and cold, and I invited them to stay with us, because, you know, what else would you do? They were living in a tent. And I just feel like that is the thing you do when someone you know becomes homeless. You give them a spot to rest,” McGrady told CNN.

“I didn’t give a lot of thought to it, because I don’t know [how] you repay an un-repayable debt. Them choosing us to become parents is really something I can never, ever repay and if it means them bunking with us for a little bit, that’s okay,” she recalled.

Of course, it wasn’t a decision without conflict.

“I wondered a little that if they’d stay too long if she’d have confusion, but she’s always been pretty clear that I’m her mom and her dad was her dad. I think the more people in her life who can love her, the better. I hope someday she will have a strong relationship with them,” says McGrady.

While her daughter’s birth parents only lived with them a month or so, they sometimes return to visit and actually agreed to be interviewed for McGrady’s book as well. Everyone knows their role in each other’s lives, and really – can a family have too much love and compassion? What a great message for us all!