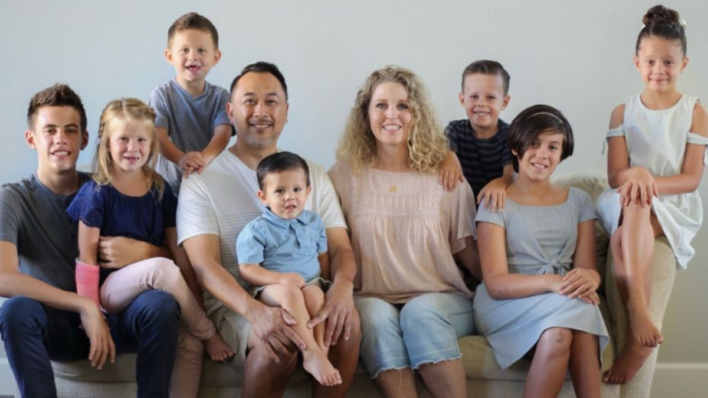 They had no doubt in their minds that it was the right thing to do. Empty nesters no longer Pam
By Joel Balsam    April 5, 2021

They had no doubt in their minds that it was the right thing to do.

Pam Willis was days away from becoming an empty nester as her youngest child (her fifth), was preparing to leave on a missionary trip. Then, she saw a Facebook post that “hit [her] heart like the biggest ton of bricks,” she recalled in an Instagram post.

“‘Seven Siblings in Need of Forever Home’ it said. In that instant, their sweet smiling faces jumped off of the screen and into my heart.”

Pam tagged her husband Gary in the post and spent the day thinking about whether they should be the ones to adopt them.

“I thought Gary was going to tell me I was wacko — we were getting ready to retire,” she told TODAY.

But that evening, she asked Gary if he’d seen the post.

In need of a forever home

The children, Adelino, 15, Ruby, 13, Aleecia, 9, Anthony, 8, Aubriella, 7, Leo, 5, and Xander, 4, were reportedly in foster care after their parents died in a car accident. They also were suffering from trauma as their parents had addiction problems.

Pam said thousands of people applied to foster the siblings, but they were eventually matched with the Willis’. Immediately, it felt like home for many of the children.

“It was easy to connect with the little ones. They were just desperately craving permanency,” Pam told TODAY. They had a little bit of a tougher time with the two eldest.

“I think they didn’t quite trust that we were real. Like maybe we were going to go away,” Pam continued. “I think it’s so hard to trust when so much has been taken from your life. Ruby didn’t know how to be a kid. She had to be a mother figure at a very young age.”

One night in the first six months, the then-seven-year-old came into Pam’s room late at night.

“I asked her, ‘Did you have a bad dream?’ And she replied, ‘No, I just wanted to make sure that you were still here,’” Pam said.

In August 2020, Pam and Gary gathered their five biological children aged 20-32 as well as the 7 foster children for an adoption ceremony.

“It was awesome,” Pam told TODAY. “We brought a big TV screen out to the park so everybody could watch and cheer and be safe during COVID. There was so much love.”

In another post, Pam and Gary revealed how their lives up to this point — getting married in 1988, having five kids, almost becoming empty nesters — led them to this point.

We’ll know what to do. We just will

When we think of the future, it’s so easy to feel uncertain — Will I get married? Will I have kids? Will I adopt? Will I know what career decision to make?

What this story shows is that despite the best laid plans, life has a way of presenting what is the right thing to do. In other words, when a big decision presents itself, your gut will help you find the way.