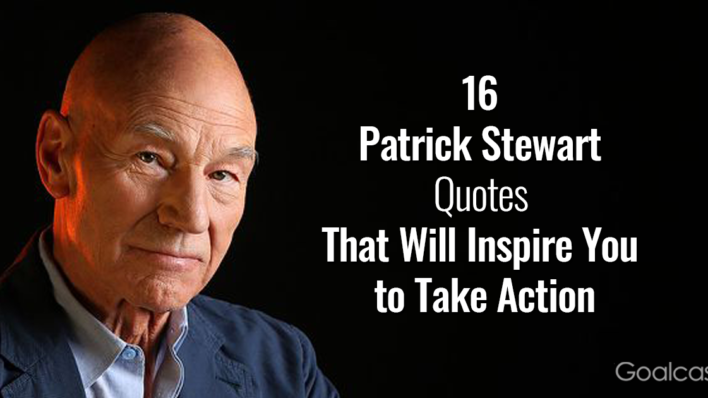 16 Patrick Stewart Quotes That Will Inspire You to Take Action

Stewart has loved acting ever since he was a little boy. He was a member of some local drama groups from about age 12 and spent most of his time at the theater. In order to afford attending drama school, Patrick took on various jobs and saved every penny.

He made his professional debut in 1959 and his first Broadway appearance in 1971, as Snout in Shakespeare’s A Midsummer Night’s Dream.

For many years the actor chose to remain discreet about his family’s own drama. Later he decided to become one of the voices that support victims of domestic violence, so he shared his story about his abusive father.

Although he enjoys a huge on-screen success with a legacy in the Star Trek and X-Men franchises, Stewart could never forget about his old love: the theater. He continues to act on stage and perform Shakespeare whenever he gets a chance.

In 2001 Stewart became an Officer of the Order of the British Empire, and in 2009 he was awarded a knighthood.

Here are 16 Patrick Stewart quotes that will inspire you to take action:

I always have been optimistic about humanity’s future. Always. Even at the most dismaying of times.

I would like to see us get this place right first before we have the arrogance to put significantly flawed civilizations out onto other planets, even though they may be utterly uninhabited.