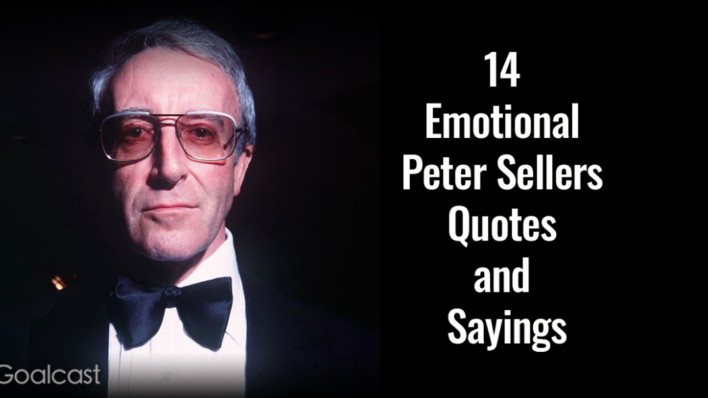 14 Emotional Peter Sellers Quotes and Sayings to Inspire You

Peter Sellers was a British actor and comic genius who made a strong impression in multiple roles. The actor is
By Flavia Medrut    December 28, 2018

Peter Sellers was a British actor and comic genius who made a strong impression in multiple roles. The actor is renowned for portraying the bumbling Inspector Clouseau in Blake Edwards’s The Pink Panther.

Sellers’ first career in show business was as a drummer, but what he really desired was an acting career. He took small steps before he made it in the movies. In order to prove his skills, Sellers recorded two solo comedy albums that were considered controversial for including material involving the royal family.

Later on, he got the chance to show his talent while working with the BBC. During the shows he used to do impressions of various famous people that helped him become a beloved radio comedian and break into movies. The rest is history…

Something that few people know is that Sellers suffered a series of heart attacks and was even pronounced clinically dead for two and a half minutes before being revived.

In his final years, Sellers amazed his audience with his memorable performance in Being There, but didn’t live long enough to enjoy his success. In 1980 he collapsed from a heart attack.

Sellers was the kind that could make anyone laugh, except himself. Here are 14 Peter Sellers quotes that reveal the sad face behind one’s happy mask. 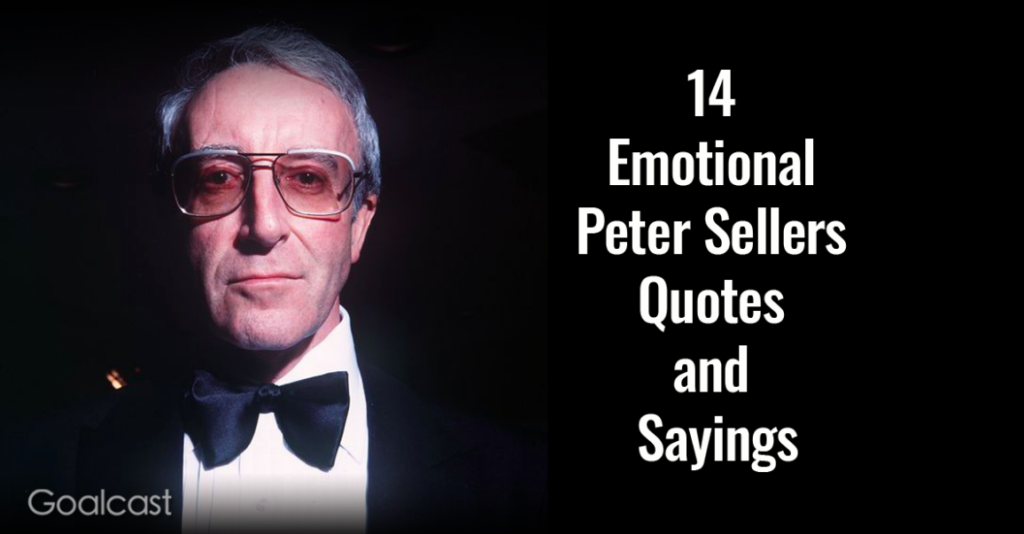 Some forms of reality are so horrible we refuse to face them, unless we are trapped into it by comedy. To label any subject unsuitable for comedy is to admit defeat.

I’m a classic example of all humorists – only funny when I’m working.

There is no me. I do not exist. There used to be a me, but I had it surgically removed.

When you have been killed as many times as I have, you get used to it.

It won’t be easy, that is why I have always failed where others have succeeded.

Facts – behind them lies the whole fabric of deductive truth.

If you ask me to play myself, I will not know what to do. I do not know who or what I am.

A person can destroy me with two words. It can just be the way they say them, the inflection.

I feel ghostly unreal until I become somebody else again on the screen.

To see me as a person on screen would be one of the dullest experiences you could ever wish to experience.

Women are more difficult to handle than men. It’s their minds.

Gentlemen, you can’t fight in here. This is the War Room!

Criticism should be done by critics, and a critic should have some training and some love of the medium he is discussing. 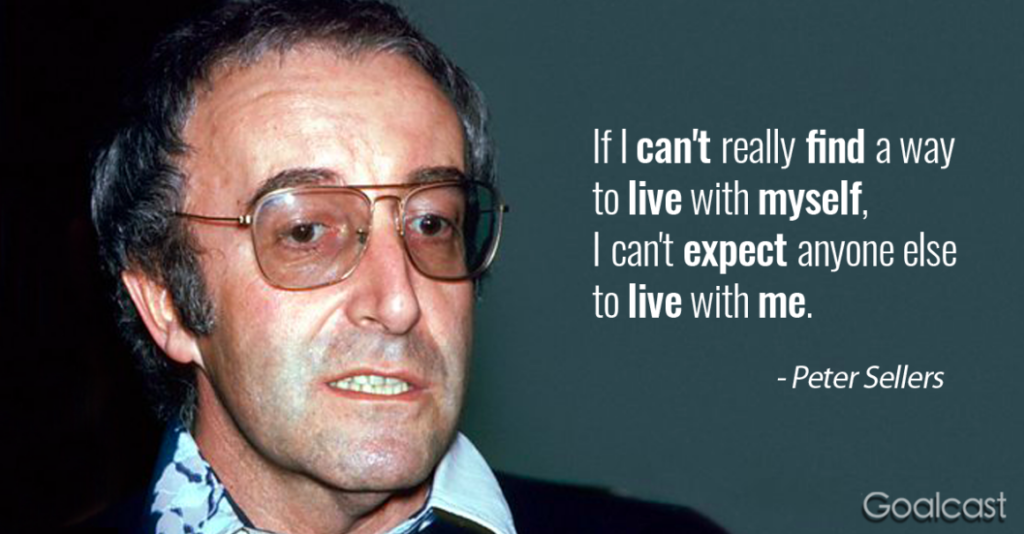