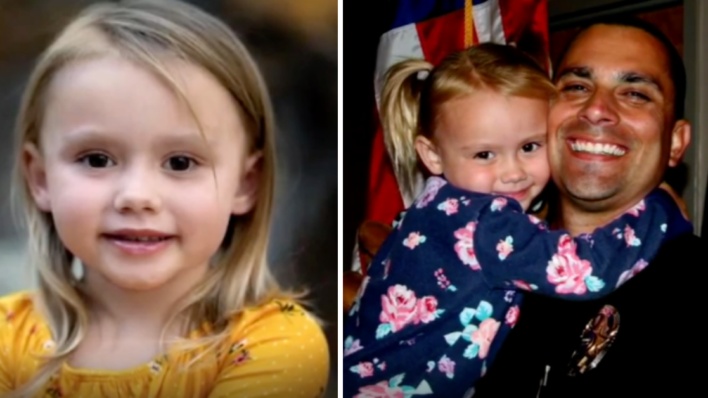 A single moment has the power to change your life forever. It might be quick or short or unexpected, but
By Aly Walansky    December 7, 2020

A single moment has the power to change your life forever. It might be quick or short or unexpected, but after that moment, things are never quite the same.

This was absolutely true for Brian Zach, an Arizona police officer who, in March of 2018, was on duty as a patrol sergeant when he got a call to check in on a toddler’s house.

Answering the call of duty

When he visited the two-year-old, he had no idea that the visit wouldn’t just end up being part of a routine workday, but a life-changing moment for his family.

When Zach arrived at the home, he met a small child named Kaila, a survivor of abuse. Zach sat with the girl for five hours as they awaited DCS’s arrival, and in that time, they bonded.

“She held my hand, and she was just this cute little thing,” Zach, told Good Morning America.

He kept thinking about Kaila that evening

The two sat and got to know each other until detectives came and took Kaila to the hospital to be checked out. Zach then returned to his own home and told his wife Cierra about the experience — and how he felt like Kaila should maybe come live with them.

“He shows up, he’s like, ‘I got to hang out with the cutest little girl. She was so awesome,'” she recalled.

Kaila had been through a lot of physical abuse and was being treated for her various injuries, but as child protective services didn’t reach any family members to take her in, he and Cierra volunteered to take care of her.

“She came with a sippy cup, a bag of clothes that didn’t fit her and that was it,” Zach said. “We had to get a bed. We had to get a high chair, potty chair.”

Kaila quickly felt like family, and it was a feeling that was very mutual! “Within the second day she was calling my wife ‘mom’ or ‘mommy,'” Zach said.

A long (but worth it) adoption journey

Just less than three years, about 30 months after she started to live with them, the Zachs have finally gotten to officially adopted Kaila.

“We lived each week not knowing if she was going to go back to her biological parents, or how long we were going to keep her,” Zach said. “Our goal was to love and care for this little girl for as long as it happened.”

And Kaila’s new family has been incredible for her. “She’s happy and she’s flourished!” said Zach, sharing that when she moved in with him, she only knew three words, but now “loves to talk.”

Fostering can be one of the most rewarding things

“Most foster parents say that it’s one of the most rewarding things that they can do with their life,” said Katie Hernandez, who works at Arizona’s Children Association and helped the Zachs through the adoption process.

The Zachs want to renew their foster license and take in more kids in need of a home. “There’s so many kids in need that even if it’s just for a small amount of time you can make such an impact,” said Cierra.